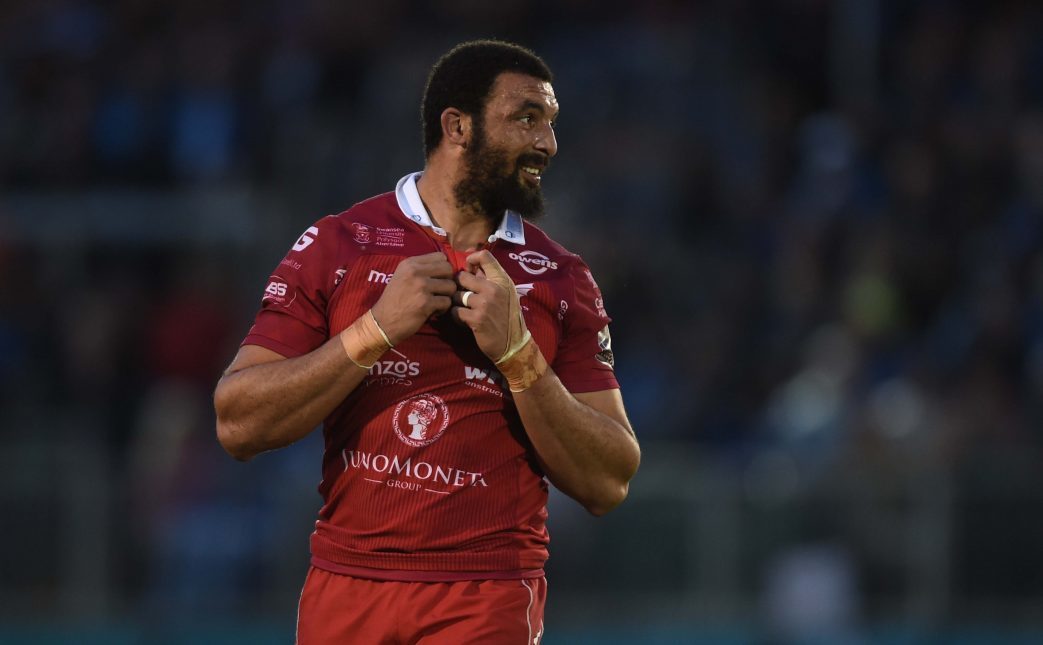 It may have been a frustrating first Scarlets campaign for Uzair Cassiem, but that hasn’t stopped the Springbok loving life in Llanelli.

The 28-year-old back-rower will on Sunday come up against his former team-mates from Bloemfontein after deciding to swap the Highveld for the West Wales coast last summer.

Capped eight times for South Africa, Cassiem had hoped to make an instant impact on the Parc y Scarlets faithful only to jolted by a couple of injury setbacks.

But after returning from a shoulder issue in the defeat to Benetton in northern Italy last weekend, he is in determined mood to make up for lost time.

“I have never been through a season with this many injuries,” he admitted.

“I came here to establish myself in my first year, but I have told myself it is what it is, you take it on the chin, move on and get better.

“It has been more mentally taxing than anything, my body feels fine now and I just want to find some form and momentum in my game.

“I feel there is a lot more to come from me, but it has felt like as soon as I feel I am starting to find form, another small setback comes along.

“That is rugby, we know what we signed up to and at the end of the day it makes you mentally stronger.

“As for being here, I love everything about the place, the people, the close community and the fact there is a real brotherhood at the club.”

Cassiem was part of the Cheetahs side blown away 43-8 by a rampant Scarlets side in last season’s semi-final play-off qualifier, but overall, the debut season in the competition proved a big positive for the South African outfit.

They then had to deal with a host of key departures – including Cassiem and full-back Clayton Blommetjes to the Scarlets – and struggled at the start of their second term.

However,  a run of home wins has jettisoned them into the play-off picture in Conference A and Cassiem is expecting a stern test from Franco Smith’s free-running outfit.

“I am looking forward to the game. I left on good terms and it will be nice to see the boys again,” he added.

“They will come with an attacking mindset, they love a running game, they will try and speed up the game as much as they can.

“They had an exodus of players leaving the club at the end of last season so started with a new squad.

“It has taken them time to gel, but recently you have seen that players are getting to know each other and used to their patterns and they are starting to pick up some wins.

“From a South African point of view the boys love coming over here and seeing new places. You can see on social media they are loving exploring over here.

“This is a big game for both sides, both are in a similar position in their conference. It will be a tough game, but we will be up for it.

“We have been plagued with a lot of injuries this season, you have seen that with Ken Owens having to play in the back row, but young players like Josh Helps and Dan Davis have stepped up and really taken their chance.

“There are probably five teams competing for a play-off spot in both A and B conferences and as squad we feel we can turn it around after a couple of defeats.

“All our remaining games are in Wales, we have a few home games and need to make Parc y Scarlets a fortress and get some wins under our belt.”