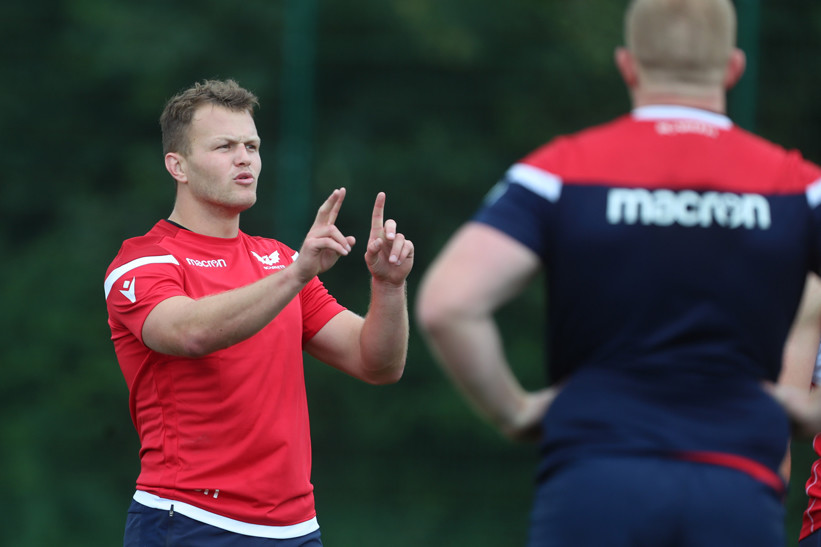 Centre Steff Hughes will lead the Scarlets as they begin their 2019-20 Guinness PRO14 campaign against Connacht at Parc y Scarlets on Saturday.

Hughes is one of nine home-grown players in the Scarlets starting XV for the match between two former champions.

Johnny McNicholl, Wales international Steff Evans and Ryan Conbeer – who shone at the Junior World Championship in Argentina in the summer – form an exciting back three.

Hughes links up with Paul Asquith in midfield, while Dan Jones gets the nod at fly-half, where he will partner Kieran Hardy.

Wales international props Rob Evans and Samson Lee will pack down alongside Marc Jones in an experienced front row. Behind them, Steve Cummins and Lewis Rawlins combine at lock.

The back-row is made up of former Wales U20s captain Tom Phillips, Springbok Uzair Cassiem and Josh Macleod, who starts at openside.

On the bench, scrum-half Dane Blacker is set for his PRO14 Scarlets debut after switching from Cardiff Blues in the summer.

The match will be head coach Brad Mooar’s first competitive game in charge of the Scarlets.

He said: “We are all excited to get started against a very good Connacht side, who have enjoyed a successful pre-season of results. There are two sides with really good intent, it should be a great game of rugby.”