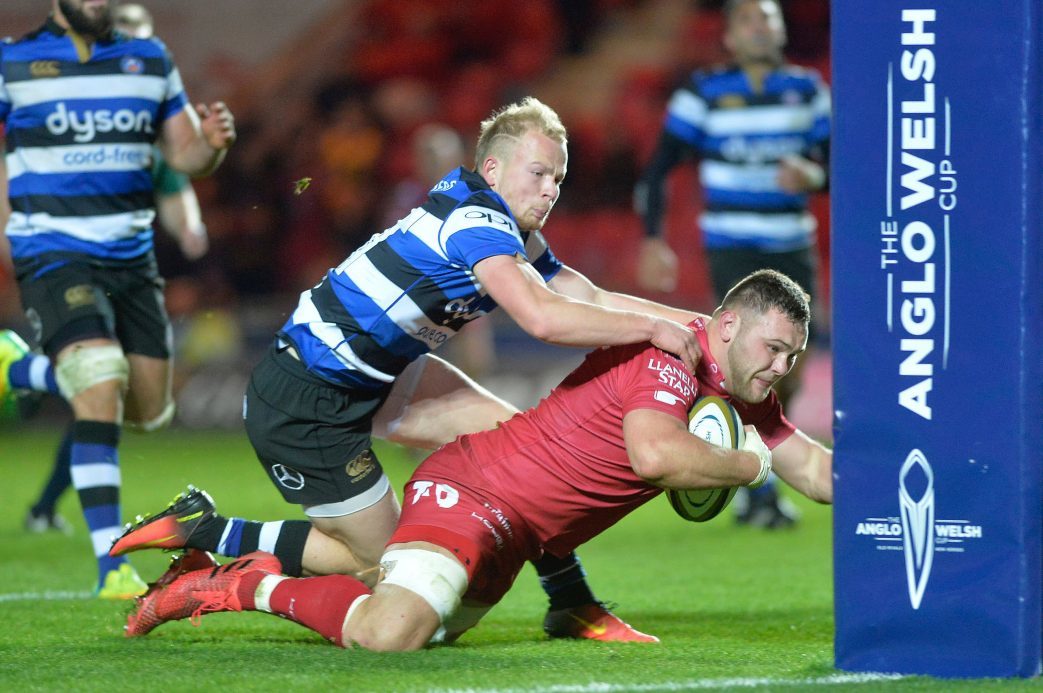 The Scarlets can today confirm that the promising back row Jack Condy has been forced to hang up his boots due to injury.

Condy, who turned 23 in December, made his Scarlets debut in October 2015. Since making his first regional appearance, against Zebre Rugby, Condy went on to make 19 appearances for the Scarlets.

He has also made 23 appearances for the region’s Principality Premiership side Llanelli, scoring 11 tries, since joining from Cross Keys ahead of the 2015-16 season.

Highly regarded amongst coaches and peers alike Condy most recently captained the Scarlets in the Anglo-Welsh Cup campaign.

Born in Aberbargoed, Condy led his local side Penallta RFC to a WRU Youth Cup win at the (then named) Millennium Stadium. The powerful ball carrier guided the Scarlets Premiership Select side to an historic quarter-final place in the British & Irish Cup campaign in 2016-17.

“Following consultations and thorough medical advice it is with great sadness that I have to accept that I will play no further part on the field and will be retiring from rugby at the end of the season.

“It has become clear over the past twelve months that it is not possible to continue to play at a professional level after sustaining such a significant knee injury years ago.

“I would like to take this opportunity to thank everyone who has supported me throughout my career. Special thanks must go to my family, all of the coaches and teammates I’ve been lucky enough to work with during my time at Scarlets, Cross Keys and Penallta. I must extend my sincerest gratitude to my girlfriend Chloe who has had to put up with my mood swings during the most difficult periods of my injury.

“A big thank you must go to the coaching staff at the Scarlets for their continued patience over the last three seasons and for supporting a medical programme that was designed to manage my injury ensuring I was fit and available for selection for both Scarlets and Llanelli RFC.

“ A special mention must go to physios Math, Jo and Kat, and indeed all of the medical staff, at the region who have been unbelievable in rehabilitating my knee. I can’t thank Dr. Huw Evans enough for his help and support throughout the tough times.

“I’ve thoroughly enjoyed my time at the Scarlets and I’d like to thank the players for being so supportive over the last few years and wish you all the best with your careers.

“I’m privileged and extremely proud to have represented the Scarlets over the last three years and will be a supporter for the rest of my life.”