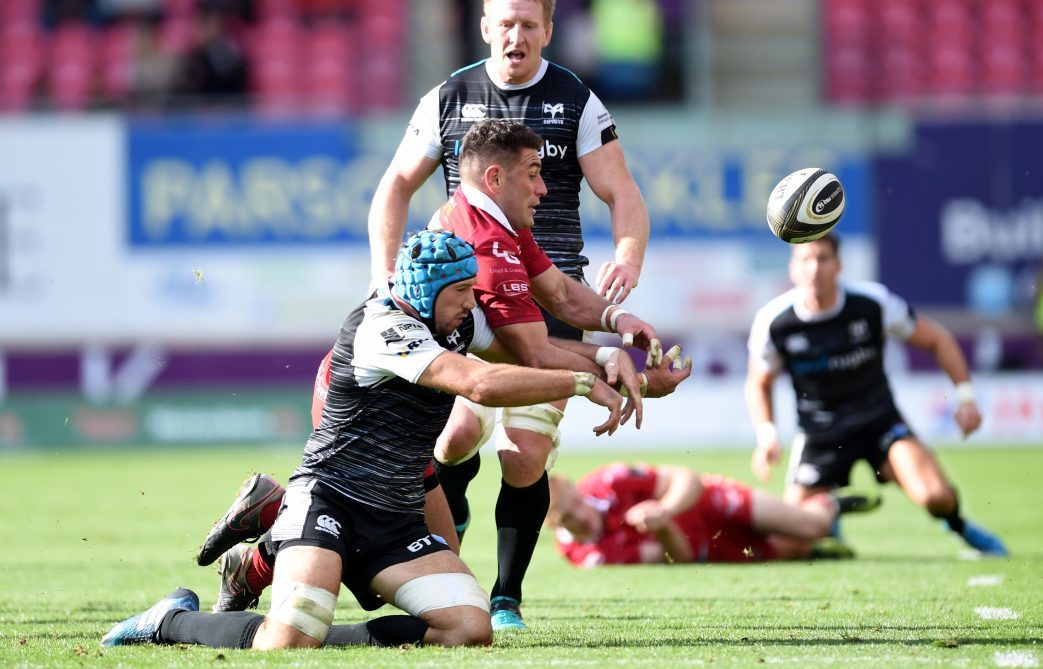 Kieron Fonotia of Scarlets faced a Disciplinary Hearing today via video conference and has been banned for three weeks.

A Disciplinary Committee convened in Dublin to consider the Citing Complaint made against the player for an incident which occurred against the Ospreys on Saturday, October 6, 2018.The complaint refers to an incident in the 23rd minute of the Guinness PRO14 Round 6 fixture at Parc y Scarlets (Llanelli).

The player was reported by the Citing Commissioner in charge for alleged infringement of Law 9.12 – A player must not physically or verbally abuse anyone. Physical abuse includes, but is not limited to, biting, punching, contact with the eye or eye area, striking with any part of the arm (including stiff-arm tackles), shoulder, head or knee(s), stamping, trampling, tripping or kicking.

The Disciplinary Committee comprising of Michael Coghlan (Chair), Kim Moloney and George Spotswood (all Ireland) concluded that the player had committed an act of foul play in making contact with the head of an opponent with his forearm.

In upholding the Citing Complaint the Disciplinary Committee deemed that the offence merited a mandatory mid-range entry point of six weeks. Full mitigation of 50 per cent was applied after considering the player’s previously clean disciplinary record, his admission that his actions warranted a red card and the co-operation of both the player and his club throughout the process.

As a result the player is banned for a period of three weeks and is free to play from Sunday, October 28, 2018.