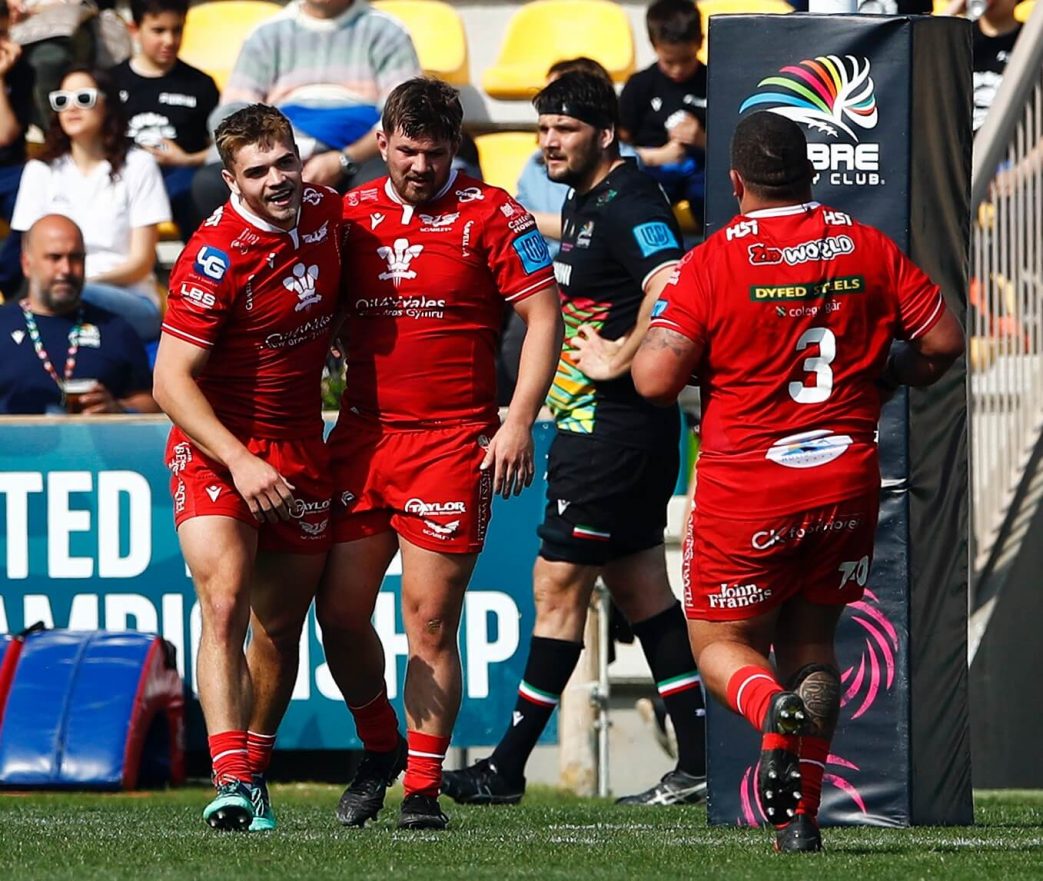 Scarlets secured their first away victory of the URC season, claiming a bonus-point six-try win over Zebre in the heat of northern Italy.

The West Walians led 24-3 at the break and although the Italians came more into the game in the second period, Scarlets ran out comfortable 41-24 winners to move up to 11th in the championship standings.

“Obviously, I am delighted with the five-point win away from home and on the back of long travel coming home from Africa,” said head coach Dwayne Peel.

“We focused on starting quickly and I thought our first-half performance was good, we managed to get some territory and points, the second half not so, especially early on because we fell off a few tackles and there were also a few discipline errors, which was disappointing.

“But it was good to get some boys back on the pitch and some younger guys taking their chances as well. As I said, happy with the win and we move on to Cardiff next week.”

One of those youngsters who grabbed his opportunity was 21-year-old centre Joe Roberts, making his first start of the campaign.

“I thought Joe played well, especially in the first half, he looked quick and he alo kicked well. It was good to see,” added Peel.

“Gar was excellent again, like he was last time he played against Glasgow,” added Peel. “The thing for Gar is that he is enjoying his rugby, it has been tough for him, he has not had much game time, just seeing him on the field, enjoying himself and backing himself is great to see.”