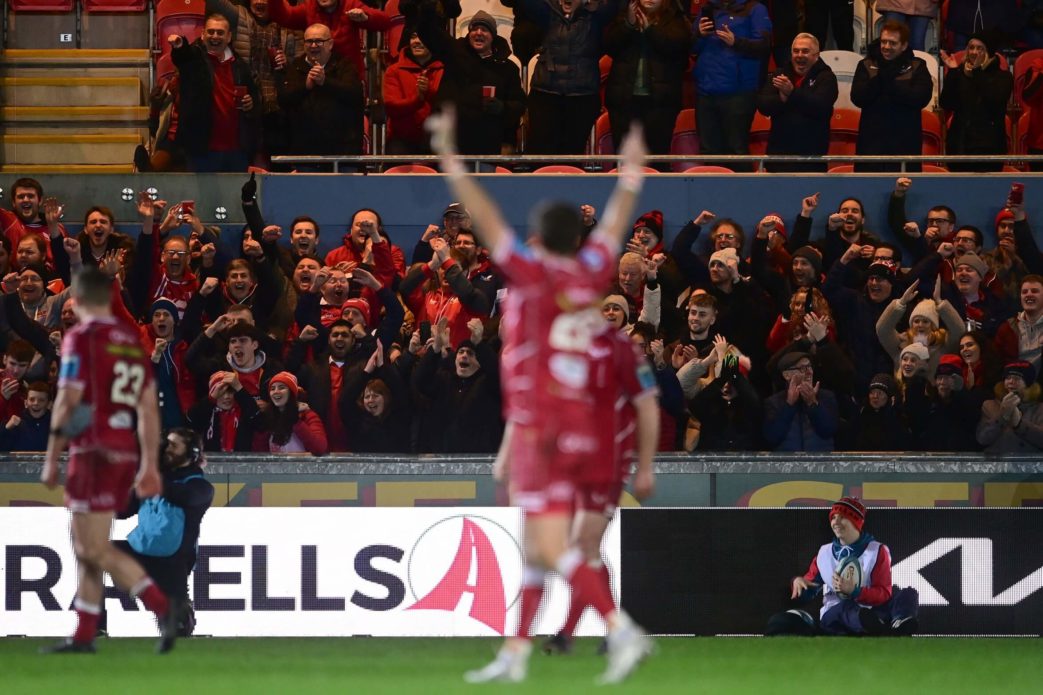 Dwayne Peel paid tribute to the impact of the Scarlets fans in helping propel the side to a 33-17 victory over the Dragons at Parc y Scarlets.

The home faithful in a crowd of 8,566 played a huge part as the Scarlets overcame the dismissal of Sione Kalamafoni to pull away with 17 unanswered points in an outstanding second-half display.

“It was a performance we can be proud of,” said the Scarlets head coach. “I thought the atmosphere was great, as good as it’s been all season, we had a great crowd here and we showed fight for that. Regardless of results, for us as Scarlets and West Walians we want to see a team that represents what we are about. That is what we speak to the players about constantly, we want to see that fight from the team and I thought we got that. The atmosphere really contributed to the win.”

Reflecting on the performance, Peel added: “We showed character throughout the game. We started brightly and when we had the ball I thought we were causing problems. Then, in the second half, when we were down to 14 men, it was a big defensive effort. We were physical and it was nice for us and for Gar (Williams), our defence coach, to score a try from defence at the end.”

Asked what he said at half-time, with the Scarlets trailing 17-16 and one player short, Peel added: “I didn’t have to do too much of the talking because Ken and Foxy took over. They spoke truthfully and honestly that we had to front up and that it couldn’t be a case of feeling sorry for ourselves.”

The Scarlets now turn their attention to a third successive BKT United Rugby Championship Welsh derby on Saturday, when they take on Cardiff Rugby at the Arms Park.