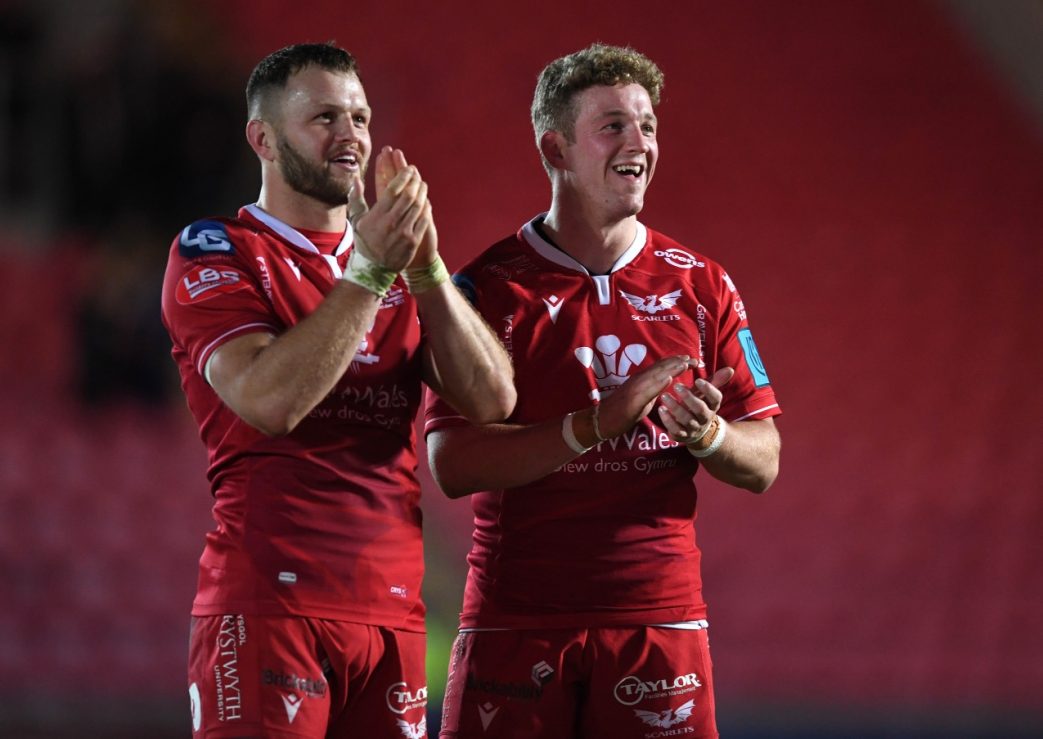 Head coach Dwayne Peel paid tribute to a ‘real squad effort’ as his Scarlets side returned to winning ways with a 34-28 bonus-point victory over Benetton at Parc y Scarlets.

The West Walians signed off the opening block of the United Rugby Championship with a second win of the campaign, although they had to withstand a late comeback from the Italians that took the game to the wire.

“I was really pleased for the group because we had a number of players unavailable and there were players given opportunities who have worked hard over the summer and took their chances. They are a tight group and showed it,” said Peel.

“It was a real squad effort. Someone like Shaun Evans deserves a mention because he is a local boy, from the town, who loves playing for the club. To see someone like that producing a performance like that is great.”

Peel continued:  “Before the match we had spoken about the likes of Shings, Rob and Steff and how important a day it was for them. I felt there was a buzz in the warm-up and I thought we showed real intent.”

Scarlets raced into a 14-0 lead thanks to tries from Rob Evans and a sensational team effort finished by Dane Blacker, only for Benetton to hit back with scores either side of half-time.

The rest of the game swung in momentum. Marc Jones stretched over from a line-out rumble and Blacker claimed another following a sublime Scott Williams break

But the home side still had to dig deep in the final minutes to hold on for the win.

“The match ebbed and flowed; at times we were in control but then a silly error would let them back into it,” admitted Peel.

“We scored some nice tries, we did let in some tries, but on the whole I thought it was a step forward in defence, particularly in our own 22. They were big men, fully loaded with a number of Italian internationals in their team. I am delighted for the boys that we were able to get the win.”

The competition now goes into cold storage for four weeks before the Scarlets head out to South Africa to take on the Cell C Sharks and Vodacom Bulls in rounds six and seven.

Peel added: “It’s been a tough couple of weeks and there has been a lot of honest talk and we need to get better, that is the bottom line. We have a few days off now and then come in for three weeks where we can work hard before a trip to South Africa, a European campaign and the derby fixtures. It is a tough block ahead.”