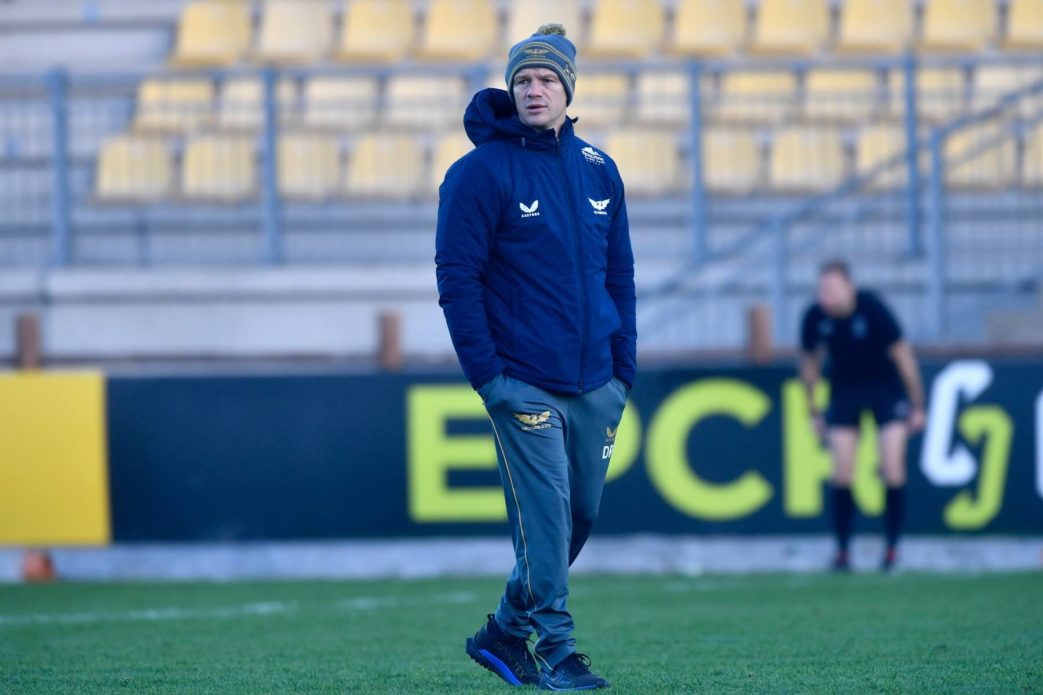 The Scarlets completed the opening block of Challenge Cup action sitting top of Pool B and on track for a place in the knockout stages following a bonus-point 45-26 victory over the Toyota Cheetahs in Parma.

A dominant first saw the West Walians surge into a 38-7 lead before having to withstand a strong fightback from the South Africans after the break.

After the match, head coach Dwayne Peel gave a mixed review of the performance, but was delighted to see his side with a maximum 10-point haul from their opening two fixtures in the tournament.

He said: “Apart from that first five minutes, that first half was good, we played really good rugby at times, managed to score some tries and I felt we were physical as well.

“Our off-the-ball work was good, we pressurised them and we managed to turn pressure into points.

Reflecting on his side’s position after two rounds, Peel added: “It was great to get the result and 10 points from two games, you can’t ask for much more than that.

“Confidence is huge when you are winning. This competition has given us a fresh start, but it has also narrowed our focus. The boys have really focused on these two games and had their rewards. I am hoping it kickstarts us going into an important derby season. There is a massive game next against the Ospreys in Swansea on Boxing Day, there is no hiding from that. Both teams are not where they want to be in the URC and will want to climb that table.”