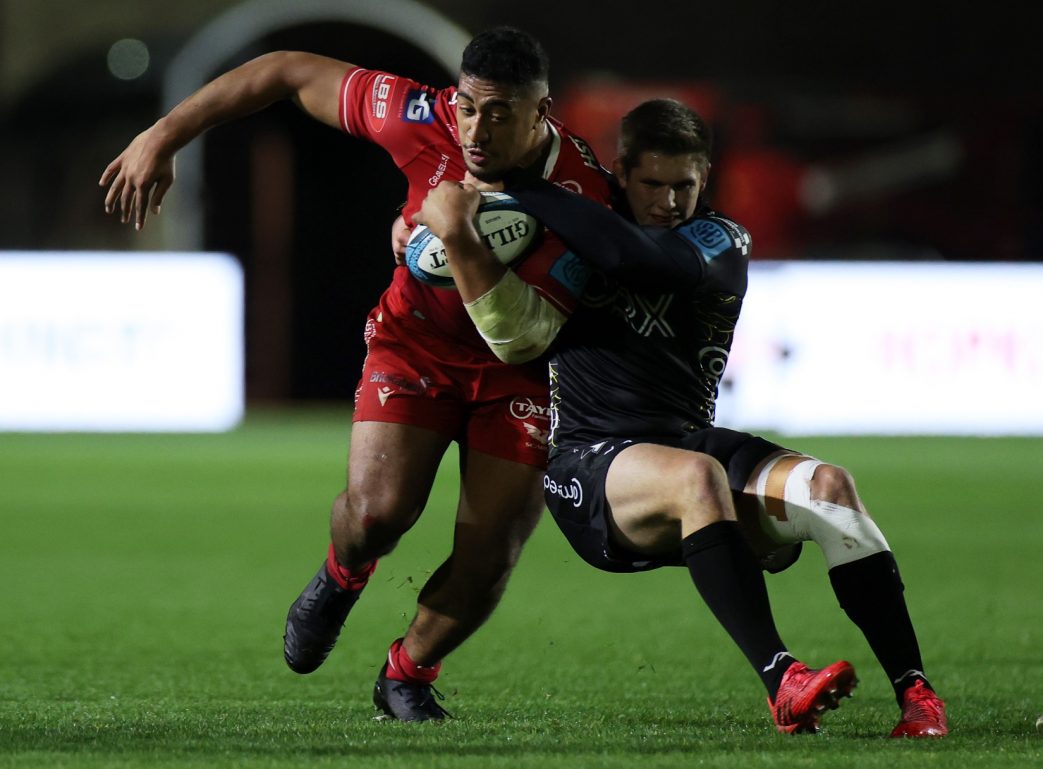 Scarlets Development ran in five tries to claim a 29-10 win over the Dragons A at Rodney Parade on Friday night.

After the game, we spoke to the side’s head coach Emyr Phillips to hear his thoughts.

Emyr, you must be delighted with that performance and result?

EP: “I am really, really pleased, it was great to see a really good mix of experience and youngsters out there. It has been an exciting week and for the boys to front up and come away with a win in a tough place was fantastic. There were some really good performances and we are chuffed, especially for the boys putting the shirt on for the first time.”

Did you think the boys grew into the game after conceding that early try?

EP: “The Dragons had some experience in there, especially up front, but I thought our boys stood up well. We had a tough start but the way we grabbed onto in the game was pleasing. Like I said, there were a lot of youngsters wearing the shirt for the first time and special mention to the two boys Osian Davies and Griff Evans coming in from Llandovery, they were rewarded for their form in the Welsh Premiership and showed it means a lot to come in and play alongside international players.”

We finished the game with 14 home-grown players on the field, which must be encouraging for the coaching staff?

EP: “From an academy and development point of view that is what it is all about, not just getting on the pitch but performing. I thought they all put their hands up and performed their roles really well. It was great to see the boys put the shirt on because it means a lot to them and their families.”

How good was it to see Rhys Patchell back on the field again?

EP: “He has been great all week, he has really driven the standards in the group and it was brilliant to see him playing alongside Archie Hughes, an 18-year-old scrum-half in the academy. To see those combinations working well was great. You also had Joe Roberts and Tyler Morgan in midfield, who I both thought were excellent and Callum Williams with Ryan and Tom Rogers in the back three. I thought it worked really well, a good blend of experience and youth, I was chuffed with how the night went.”

What is the plan for next week’s game against the Ospreys?

EP: “The senior group will be continuing their planning for South Africa so we will probably go younger and give more of the academy and development boys an opportunity. With this gap in the URC season it is the perfect time to blood some of the youngsters.”