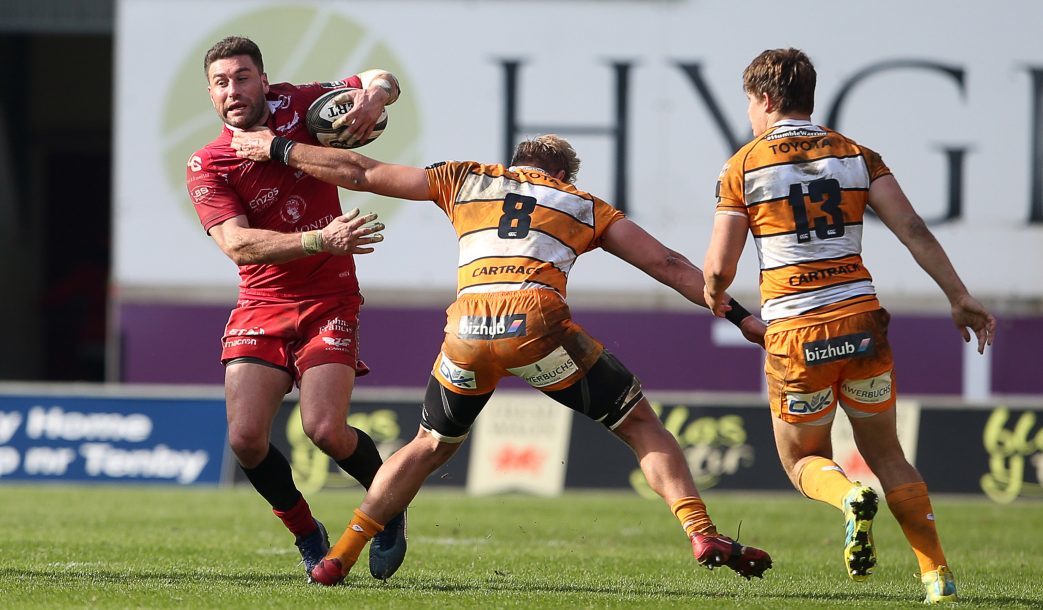 Kieron Fonotia will lead the Scarlets for the first time when they face Munster at Parc y Scarlets on Saturday (5pm kick-off).

The Samoa international centre takes over the captaincy from Jake Ball and skippers a side showing just one change from the side that saw off Toyota Cheetahs 43-21 in Llanelli last Sunday.

Patchell and Evans are named among the replacements.

With five matches remaining in the regular Guinness PRO14 season, the Scarlets sit fifth in the Conference B standings, but just five points separate second from fifth.

“We were pleased to get the five points against the Cheetahs last weekend. The start was everything we had hoped for and to score four tries inside 20 minutes was perfect for us.

“We probably got a bit ahead of ourselves after that, but the bonus-point win keeps us right in the play-off race.

“We all know that Munster are going to be a very different proposition this evening. They will bring a lot aggression in defence, a lot more line-speed as a lot of northern hemisphere teams are doing. That poses a different challenge, we need to be on our game and are expecting more of an arm wrestle.

“You look at the table with five games to go and it looks like being a real dogfight, potentially I can see it going down to the last weekend.”