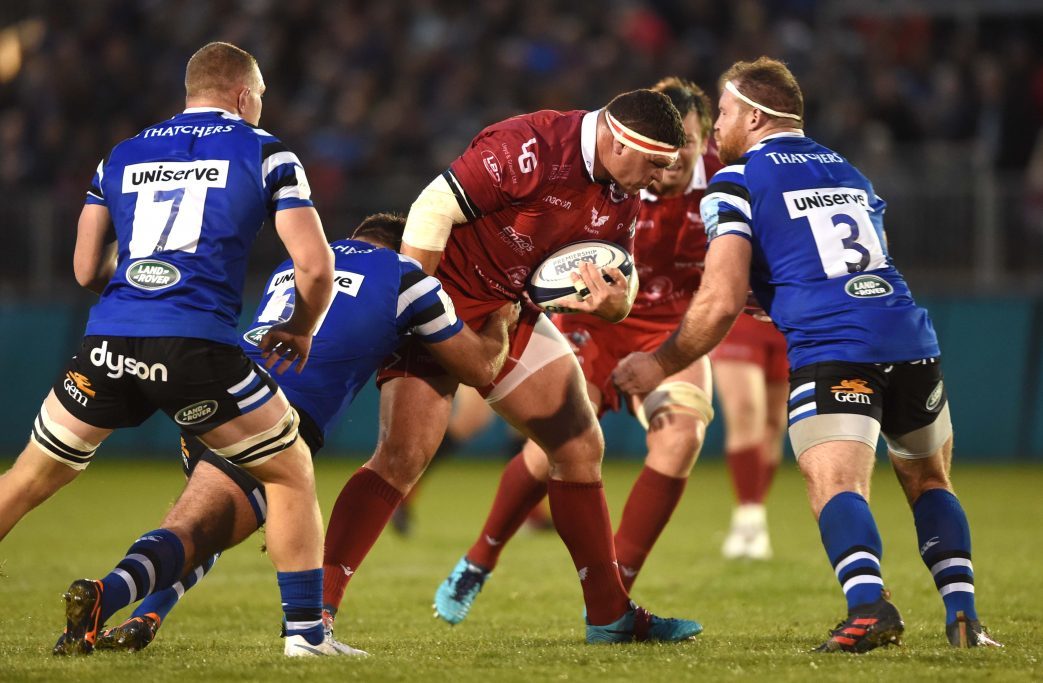 Scarlets headed to Bath for the second, and final, pre-season friendly on the back of a solid victory over Bristol Bears last weekend.

The Scarlets, playing for the famous Ragdoll, were looking to build on last weekend’s performance with a number of players returning to action for the first time.

It was the homeside, under the leadership of former Scarlet Rhys Priestland, that got the upper hand and kept the foot on the peddle running in seven tries to Scarlets’ two, with a final score of 45-12.

Speaking after the game Head Coach Wayne Pivac said; “It was a good wake up call. We were outplayed across the board and came out second best.

“There were too many errors and Bath managed to capitalise on most of them. A lot of things didn’t go to plan today but pre-season games are about learning and we’ve got to make sure that we rectify tonight’s mistakes in eight days time.

“We have to make sure that we get a much more polished performance against Ulster next week.”

Pivac went on to say; “A lot of guys had their first run out today and they’ll be better for that. We did however pick up a few bumps and we’ll have to review those on Monday.”

Scarlets take on Ulster in the opening round of the Guinness PRO14, at Kingspan Stadium, on Saturday 1st September, kick off 17:15.