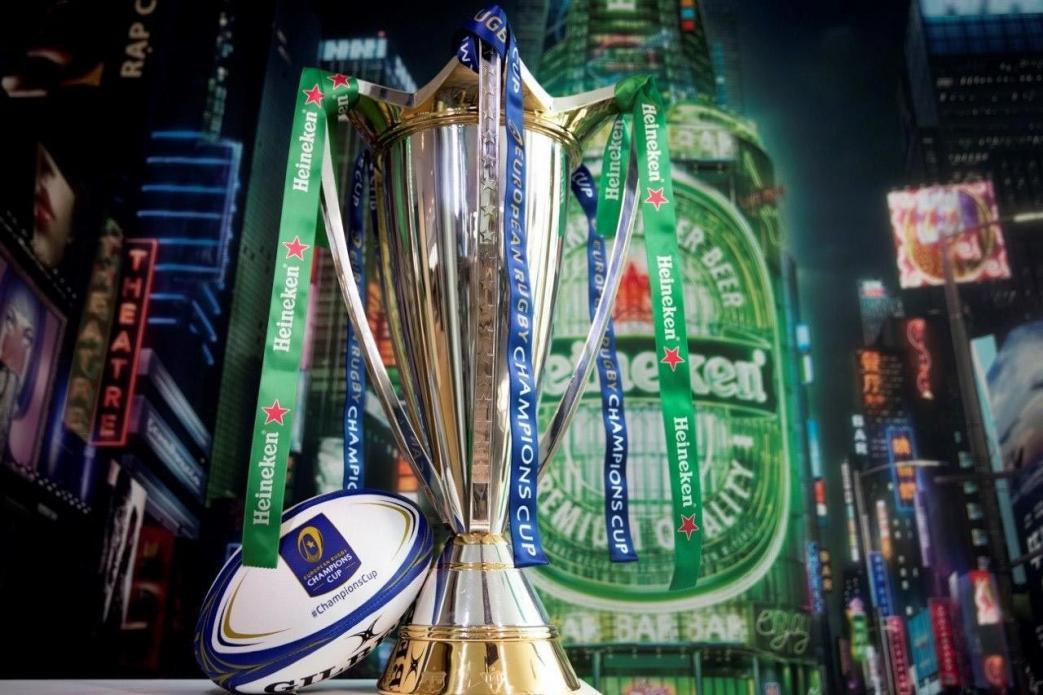 EPCR is delighted to announce that Heineken is to return as the title partner of the European Rugby Champions Cup from the 2018/19 season.

The four-year deal will see the tournament renamed as the Heineken Champions Cup while at the same time maintaining its global recognition as The One to Win in club rugby with the world’s leading international premium beer brand as its main official partner.

The Champions Cup has gone from strength-to-strength in recent years, intensifying competition with the reduction from 24 to 20 clubs and attracting aggregate attendances of more than one million fans in each of the past two seasons.

The tournament will be more accessible than ever to supporters from next season with live free-to-air broadcasts taking the matches to new audiences in the United Kingdom and Ireland (Channel 4 and TV3 respectively) in addition to the move to a single pay-TV broadcaster (BT Sport) in those territories with the possibility of an extra live free-to-air match per round on France Télévisions to complement beIN SPORTS’ continued coverage in France.

The tournament’s global reach has also been enhanced by the recent agreement with NBC Sports as rights-holding broadcasters in the USA.

EPCR Chief Executive, Vincent Gaillard, said: “We have substantially developed the Champions Cup over the past four seasons and it is fitting that at such an exciting time for the tournament, we welcome back a world-leading brand in Heineken®. They are steeped in rugby history and inextricably linked with the heritage of European club rugby and we are delighted to be embarking on this journey with their full support.”

Hans-Erik Tuijt, Global Sponsorship Director, Heineken, said: “It is an exciting time for Heineken to return as the main partner of the European Rugby Champions Cup. The expansion of the tournament to emerging rugby territories (Bilbao 2018) and new cities in traditional strongholds of European rugby (Lyon 2016, Newcastle 2019) provides Heineken with the opportunity to create engaging fan experiences and brings our association with rugby to new audiences throughout Europe. Heineken is proud to have had a close association with rugby for over 20 years and we look forward to working alongside EPCR to provide a platform to continue to develop the competition across Europe and beyond.”

The Heineken Champions Cup will further strengthen Heineken’s powerful portfolio of global sports alliances including the UEFA Champions League, Formula 1 and 2019 Rugby World Cup. The Pool Draw for the newly-titled tournament will take place in Lausanne on 20 June (15.00CET) when the first steps on the road to the 2019 Newcastle finals will be mapped out.