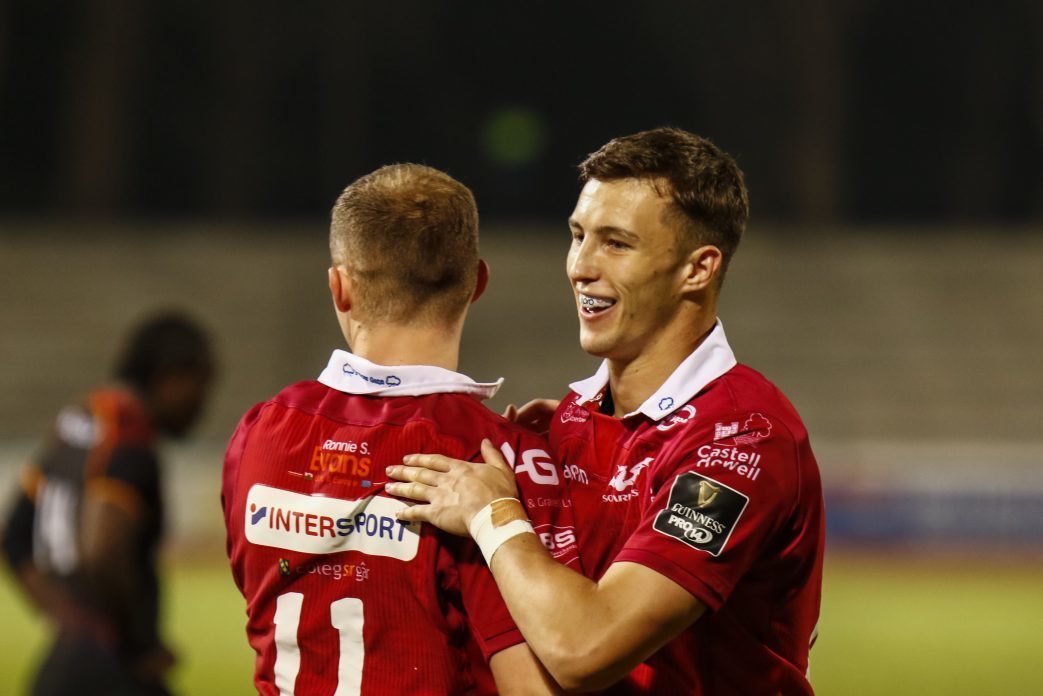 Scarlets had to work for their bonus point victory over Southern Kings in Port Elizabeth on Friday night with the homeside getting off to a flying start scoring a try in the opening minute and keeping the pressure on the West Walians throughout.

The Scarlets had to come back from behind on numerous occasions as Southern Kings scored four sensational tries of their own but the region’s grit and determination, and some fantastic individual displays in the pack, paid dividends and was enough to secure the victory.

Speaking after the game on Friday night head coach Wayne Pivac said; “We saw a lot of what resembled last year’s performance out here, played in the same test window where we had something like 21 players in all unavailable for today’s game.

“I thought the boys showed a lot of heart and a lot of ability to stick to what we’d trained during the week to get that result, and the way we achieved it, coming from behind on numerous occasions. I’m very, very pleased for them.”

The Scarlets were forces to make a late change ahead of the game with Marc Jones falling foul of an illness.

“Marc Jones was due to start, we pulled him out an hour before leaving the hotel, the two young hookers got on and scored tries and I thought did very well. Credit goes to some of the young guys today who stepped up well. Will Boyde and Josh Macleod have been immense since coming back from their injuries.”

Pivac went on to say; “We’re disappointed that we turned some ball over and gifted them some tries but we’re very pleased to have stayed in the fight and come away with the win.

“We’ll hopefully have a couple of players back next week including Kieron Fonotia back from suspension, that’ll be great. We went with a 6/2 bench tonight because we’re down on numbers really. Lewis Rawlins is not far off and Blade Thomson should be back with us next week today.

Hopefully we’ll go to Edinburgh with a little bit of confidence from today’s result. We know it’s going to be a big game as we’re both right up there in the mix.”