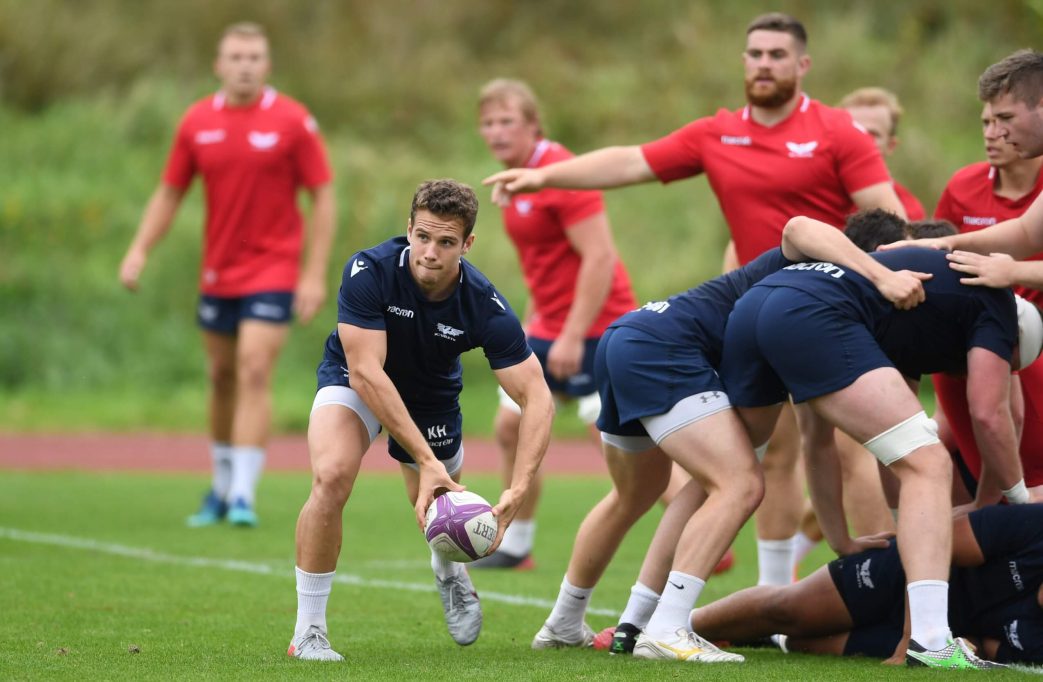 Following his call-up to the Wales squad for the upcoming autumn Tests, Scarlets scrum-half Kieran Hardy spoke to the media about his rugby journey, the battle at nine and his hopes for the challenge ahead.

Congratulations on the call-up, did it come as a surprise?

“It was a bit of a surprise. There are a lot of quality nines in Wales at the moment with a lot of people putting their hand up. I was lucky enough to get the nod and I was extremely proud. It was a big day for me and my family. We had a meeting so I was on Dai Flanagan’s back about getting out because I know the emails only go out 10 or so minutes before the squad gets announced. I was itching to get out of the meeting, then my emails wouldn’t refresh because my phone signal was terrible. I literally found out a minute before it went live. I rang my dad straight away and he was quite emotional. It was a really nice feeling and I’m really honoured.”

What are your hopes when you get into camp?

“Just to get better every day, enjoy the environment, and embrace it. If I can improve every day and show what I’m about then hopefully I will get a chance to pull on the shirt. It’s going to be a challenge. The other two nines (Gareth Davies and Rhys Webb) are obviously established at that level and they’ve done well for a number of seasons, but it’s a challenge I’m looking forward to. I had to work my way through the pecking order at the Scarlets and that’s actually always been the way I’ve done things, I’ve never had anything given to me. It’s something I’m looking forward to and hopefully I can thrive on that challenge and take any opportunity if it’s given to me.”

How did the move to Jersey RFC in the English Championship help you?

“It was just an opportunity to play at a challenging standard every week. I wasn’t really getting much game time with the Scarlets at the time. It was a bit of a risk, but I wanted to challenge myself and see how good I could be. In hindsight I probably wasn’t anywhere near good enough to play regional level at that point, but I think I realised that and there were areas of my game I needed to work on. I tried my best every day to improve and it took four years, but the route I’ve had makes it more satisfying to be where I am now considering what I’ve had to go through. The move was the best thing I ever did in the end and now I’m getting the opportunities I’ve worked so hard for.”

What about your competition with Gareth Davies for the nine jersey at Parc y Scarlets?

“I think that competition only makes you better players. If you’re not performing well in training or at the weekend you know Gareth will get the nod. We learn off each other and help each other which ultimately makes us better players and the team better.”

What are the areas of your game that you’ve changed in the last three or four years?

“My game management, which is a big thing for a nine in the modern game. I would also say my running game. Before I went to Jersey, I wouldn’t have considered myself a massive running threat. That was a big part of my game that I needed to have a look at and look for opportunities to do things around that.”