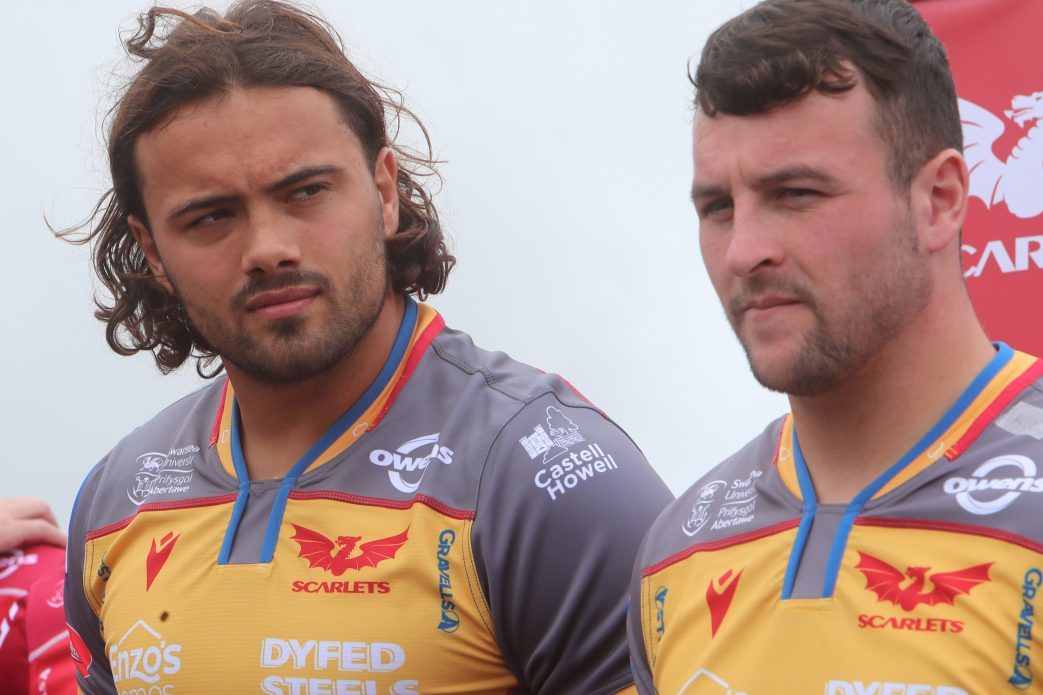 Josh Macleod believes something special is building ahead of the new campaign.

Macleod was among the Scarlets contingent who unveiled the new kits for the 2019-20 season on his home turf at the Pembrokeshire County Show last week.

All eyes now turn to the big PRO14 kick-off and the clash between the 2017 and 2016 champions at Parc y Scarlets on September 28.

There have been significant changes at the Scarlets over the summer with head coach Brad Mooar coming in and joined by a new-look back-room team.

And Macleod believes things are coming to the boil nicely.

“Pre-season has been great, everyone is loving it and the atmosphere is really building to hopefully something special,” said the back-rower.

“It feels like we have wiped the slate clean and we are all working towards the one goal.

“Everyone is pushing each other, we have a really good group and it is exciting what is to come.”

With 17 players currently away on international duty, there are set to be plenty of chances to pull on the new jersey in the opening weeks.

“It is an opportunity for everyone,” added Macleod.

“The year we won it, that is when the boys who aren’t internationals stepped up. We want to do the same this year, everyone is going to have to step up and fill big boots.

“If you look at every position, there is competition across the board. All the boys are training so well, that is what makes it such a special place, nobody is resting on their laurels.”

Despite a couple of injury setbacks, Macleod still featured prominently last season and finished the campaign as the Scarlets’ best defensive player.

So has he set any targets for the coming months?

“I’ll keep them close to my chest, all the focus is on the team,” he added.

“If I can improve myself as much as possible, hopefully that will help the team and if I can help the team I feel like I have done my job.”