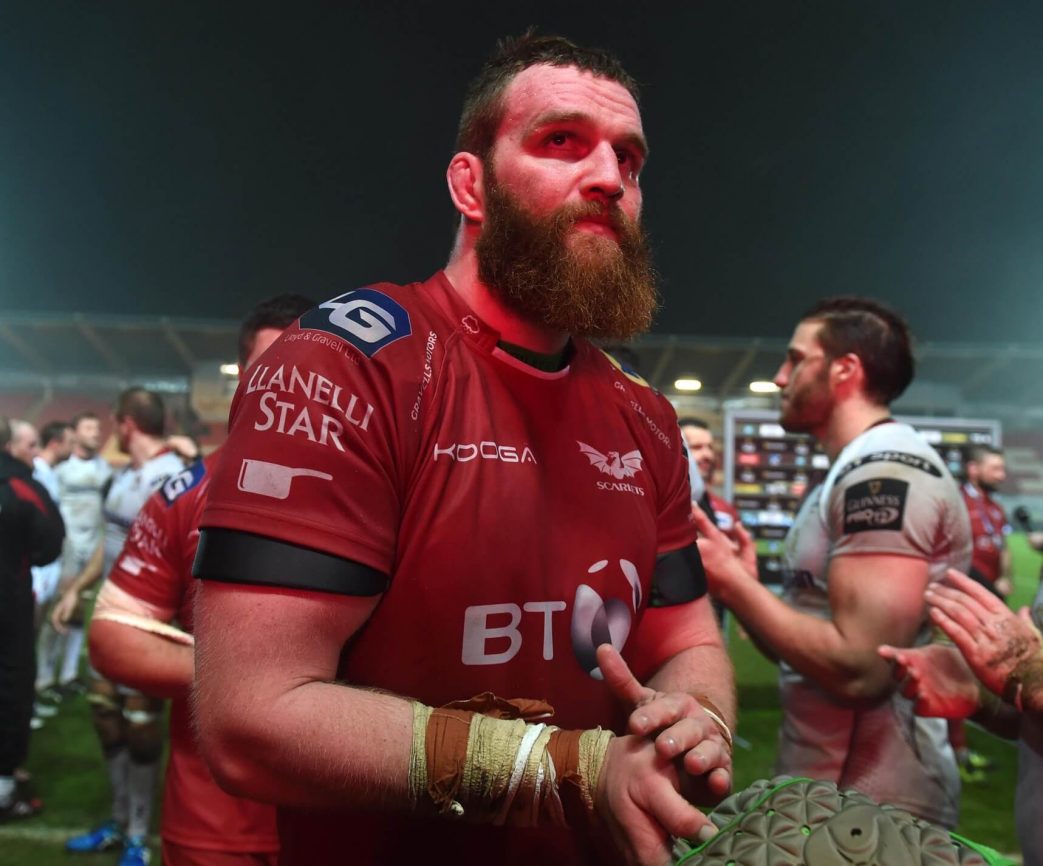 Scarlets and Wales second row Jake Ball will be heading back to Australia at the end of the season.

Jake’s wife Christie returned home earlier this year to be with her family for the birth of their fourth child Max.

Jake will be joining them in July, bringing to an end a nine-year spell in West Wales.

“It has been a difficult decision to make but one I have made for the family,” said Jake. “My wife was expecting our fourth child and with Covid around and players having to be in bubbles and everything, we made the decision that she and the kids should go home to have some family help and support around her.

“Max was born last month; there have been Zoom calls and things, but I haven’t seen him yet and it has been difficult. As the season goes on, it would be pretty tough of me to ask Christie to come back here away from her family again.

“It has been a fantastic nine seasons I have been here. I love the Scarlets and playing with Wales has been unbelievable and something I will never forget.

“It has been a massive honour to represent my country, but at the end of the day I made a huge sacrifice in staying behind for a year without my family. I have four kids now and I won’t have seen them for close on a year.”

Jake arrived in West Wales from the Western Force in 2012, making his Scarlets debut in a Celtic League clash with Connacht in Galway. He has gone on to make 127 appearances and won 49 caps for Wales, becoming a hugely popular figure with Scarlets fans and a big influence in the squad, on and off the field.

“I owe a lot to the Scarlets and Welsh rugby,” he added. “I was at the Western Force before, but it was the Scarlets who gave me my first real shot in senior rugby and it will be nice to finish off on a high and reward the Scarlets for everything they have done for me over the years.

“I have some very special memories and have got to do some fantastic things. We have won the PRO12, made a European semi-final; there has been a Grand Slam and two World Cups with Wales. I have no regrets with what I have done here.

“I am just hoping we can have supporters back at Parc y Scarlets before the end of the season. It would be great to have them here so I can say my farewells properly.”

Scarlets head coach Glenn Delaney said: “As a club we fully respect Jake’s decision. Family is a massive part of the Scarlets and Jake has sacrificed a huge amount being away from Christie and his children for so long.

“He has been a wonderful servant for the Scarlets, an outstanding player, a great bloke around the group and has been a fantastic mentor to the young players who are coming through.

“You saw by his performance against the Ospreys on Boxing Day what playing for the Scarlets means to him and let’s hope we can have some supporters back into Parc y Scarlets by the end of the season to give him the send-off he deserves.”

Scarlets general manager of rugby Jon Daniels added: “When Jake was identified and brought into the club by Gareth Jenkins he was completely unknown and untried. Since then he has shown total commitment to his development and has been rewarded with a fine career. He is an example of what can be achieved when professionalism and ability combine.

“He is a great Scarlet and we wish him, Christie and the children the very best for the future. Jake will leave with our total respect for the decision he has made and gratitude for his contributions both on and off the field.”