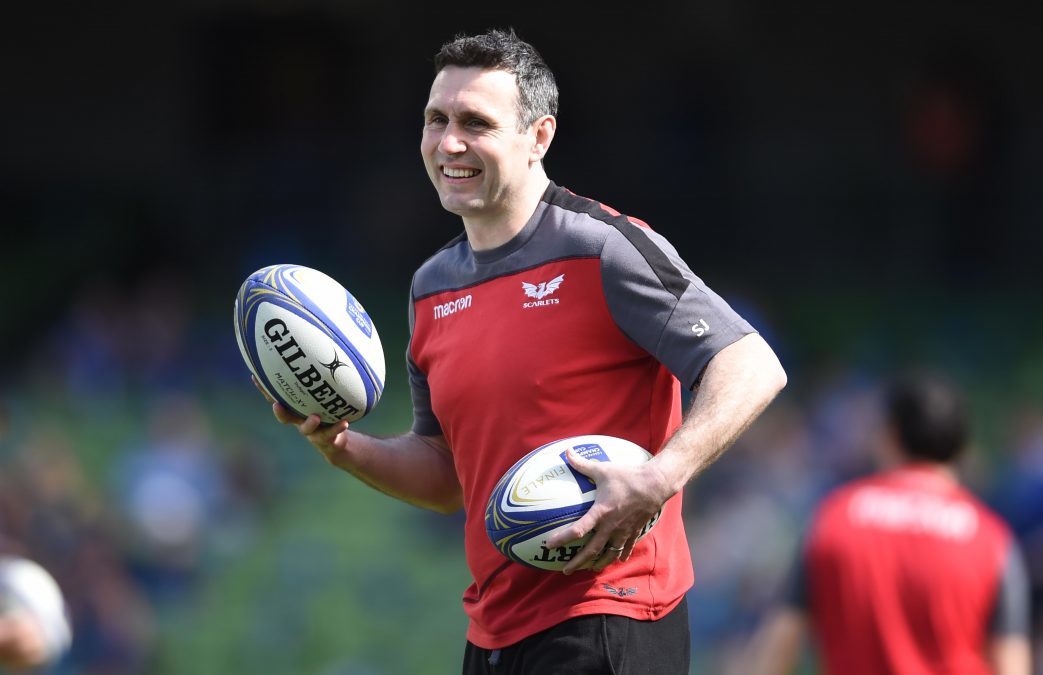 With over 300 appearances for the Scarlets at outside half Jones is a fans favourite, making his playing debut back in 1996.

Wales centurion Jones made 104 appearances for his country during a 13-year international career and represented the British & Irish Lions a further six times.

After hanging up his boots in 2013, the former fly-half went straight into coaching at English Premiership side Wasps. In August 2015 Jones returned to Wales to be part of Pivac’s coaching team at the Scarlets and helped the region to lift the Guinness PRO12 title in 2017.

Scarlets General Manager Jon Daniels said; “We would like to congratulate Stephen on his appointment as Wales assistant coach.

“A Scarlets through and through he has been an important part of the coaching team here at the region over the last few years helping the region to not only reach the final stages of both Guinness PRO14 competition and the Heineken Champions Cup but was also a vital part of the coaching team that guided the squad to a Guinness PRO12 win in 2016-17.

“We will be sorry to see Stephen leave the region but he will leave with our thanks and gratitude and we wish him all the very best with this exciting new challenge.

“We are in a strong position in the Guinness PRO14 and have an exciting time ahead as we look to secure a place in the final stages of the competition once again.”

Commenting on the news Stephen Jones said; “I’m hugely excited with the opportunity.

“It is a great honour to be asked to coach your country and I’m really looking forward to the challenge and very much looking forward to working with Jon, Neil and Paul for what I hope will be a very exciting period in Welsh rugby.

“I’m very grateful to the Scarlets for the opportunity I have had with them and for their continued support.

“Whilst excited by this role, my focus is fully on the Scarlets and the rest of our campaign.”