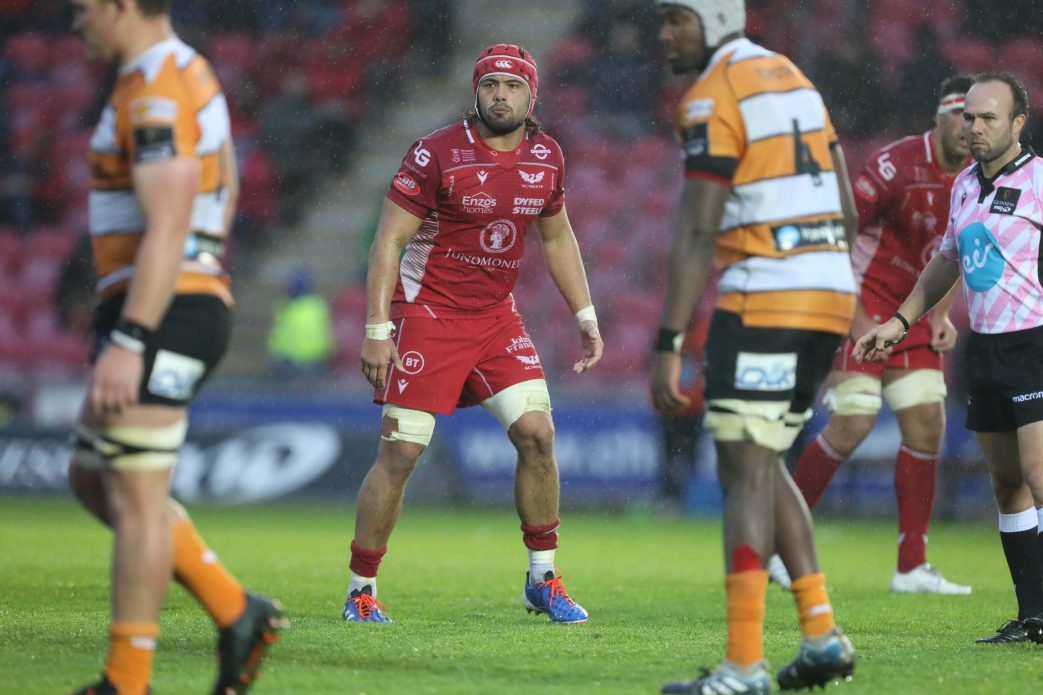 Josh Macleod has been crowned the Guinness PRO14’s Big Red Cloud Turnover King for 2019-20 after an outstanding campaign in the Scarlets back row.

Macleod topped the turnover charts with 23 to his name, seven more than his nearest rival – last year’s winner Olly Robinson of Cardiff Blues.

The abrasive Pembrokeshire openside started in 14 of the Scarlets 15 matches in the competition, just missing out on the ‘Ironman’ award for the most minutes played. That was won by Dragons lock Matthew Screech (1161 minutes).

Wing Steff Evans was edged out for the top try-scoring gong, finishing one shy of Cheetahs flyer Rhyno Smith (10). Steff was also third for clean breaks and defenders beaten and fourth in metres gained.

Uzair Cassiem dominated the carrying stats as one of the players of the season. Cass made 162 carries and 82 ‘successful carries’ — 23 more than his nearest contender.

Elsewhere in the stats charts there were runners-up spots for Johnny McNicholl in off-loads (15) and Angus O’Brien in try assists (6).

The PRO14 will announce their player and coach of the year next week with captains, vice captains and head coaches having their say. The media will vote for the league’s Dream Team and next generation star.