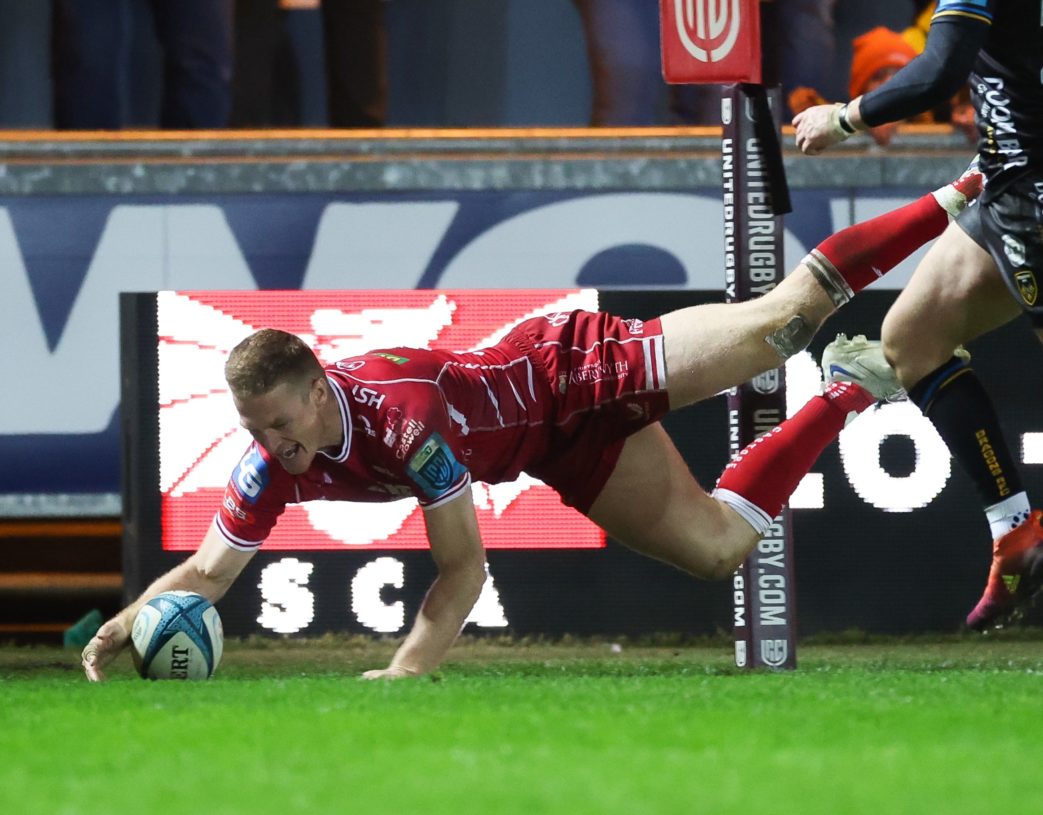 Johnny McNicholl has joined an exclusive group of Scarlets players who have reached 50 tries for the club.

McNicholl’s last-gasp score against the Dragons saw him hit the milestone seven years after scoring an interception on his Scarlets debut against Leinster.

The Wales international full-back or wing is also leading the way in the BKT United Rugby Championship this season, having run for more metres (607) than any other player in the league. He is also top for offloads in the competition, adding two more last weekend to take his tally to 15.

The other current members of the Scarlets squad to have achieved the 50-try milestone are Steff Evans (66) and Gareth Davies (56).