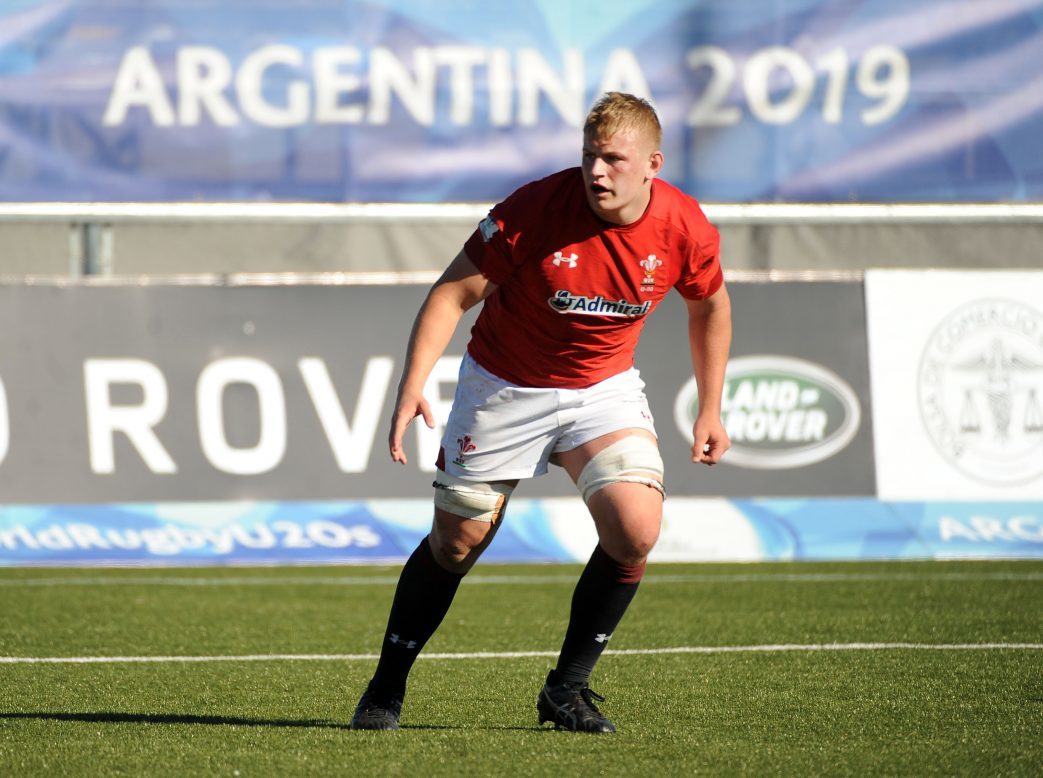 Wales ended their roller-coaster World Rugby U20 Championship campaign with a sixth-place finish after falling to a 45-26 defeat to England in Rosario.

Gareth Williams’s side were left reeling by an early blitz that saw England cross for three tries inside the opening 15 minutes.

But Wales did manage to restore some pride with four tries of their own, including one from impressive Scarlets back-rower Jac Morgan (pictured).

England shot out of the blocks to take control of the contest.

After an initial break by Scarlets wing Ryan Conbeer the ball was turned over with Josh Hodge hacking the ball up field before outpacing Ioan Davies to touch down.

The English pack strangled their Welsh counterparts with Will Capon next to score as he smashed his way over the line courtesy of a powerful driving line-out. Wales were now faced with a mountain to climb as centre Tiaan-Thomas Wheeler was sent to the sin bin for deliberately knocking the ball forward.

Upon reviewing the television replays the referee decided the centre’s intervention prevented a probable try from being scored and duly awarded a penalty try.

England claimed their fourth try on the stroke of half-time as they scored from short range. Fly-half Manu Vunipola put Ollie Sleightholme, the son of former England wing Jon Sleightholme, through a gap in the Welsh midfield with a beautifully timed pass. Sleightholme was halted just short of the line but Joe Heyes was on hand to pick up the ball and plough over for Hodge to convert.

Despite trailing 28-0 at the interval Wales showed a lot of character to in the early stages of the second-half with No. 8 Morgan crossing from short range after the Welsh pack had shunted him over the line.

Their second score was a carbon copy of their first with captain Dewi Lake touching down after a well-worked driving line-out. But just when it looked like Wales were clawing their way back into the contest they gift-wrapped England a try when Cai Evans’s clearance kick was charged down allowing Fraser Dingwall to score.

Flanker Ed Scragg scored a third for Wales via a driving maul and Evans’s conversion reduced the deficit to 35-21.

But a late penalty from Hodge and Ted Hill’s score in the corner put the result beyond doubt.