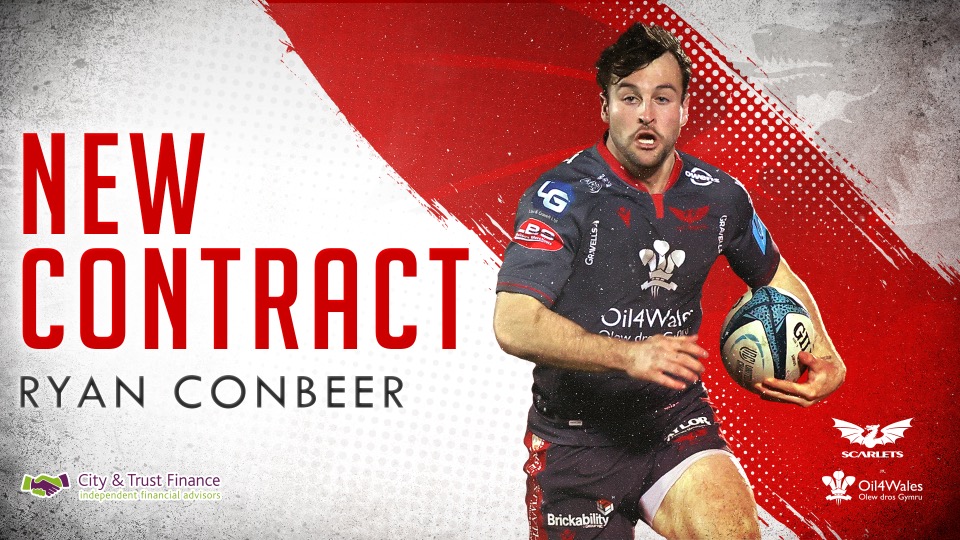 Wing Ryan Conbeer has become the latest Scarlet to sign a new contract.

The 23-year-old has produced some outstanding performances this season and dazzled in the Champions Cup clash with Bristol Bears in January.

From Saundersfoot, he came through the Scarlets age-grade and academy pathway and was capped by Wales at U18s, U20s and on the sevens stage.

He has made 38 appearances for the senior side since making his debut as a 17-year-old against Bath in 2016.

Ryan said: “Growing up in West Wales, it was always my ambition to play for the Scarlets. I am enjoying my rugby here, working hard on my game and looking to get as much time in the jersey as I can.

“There is a lot of competition for places in the back three and that drives us all on. I have also learned so much from the experienced boys here in helping me develop my game. Dwayne is keen to push the younger boys through and it is up to us to take those opportunities. We have got some big games left this season which I hope to be involved in and hopefully we can finish the campaign strongly.”

Head coach Dwayne Peel said: “Ryan is one of a number of talented young home-grown backs we have in the squad and his outstanding performance against the Bears, in particular, showed what he is capable of at this level.

“He worked really hard in pre-season and has deserved his opportunities in the team. There is plenty more to come from him and I am excited, and I am sure Scarlets supporters are as well, at that prospect over the coming years.”

Many thanks to City & Trust Finance who sponsor Ryan as well as a number of other Scarlets squad members.