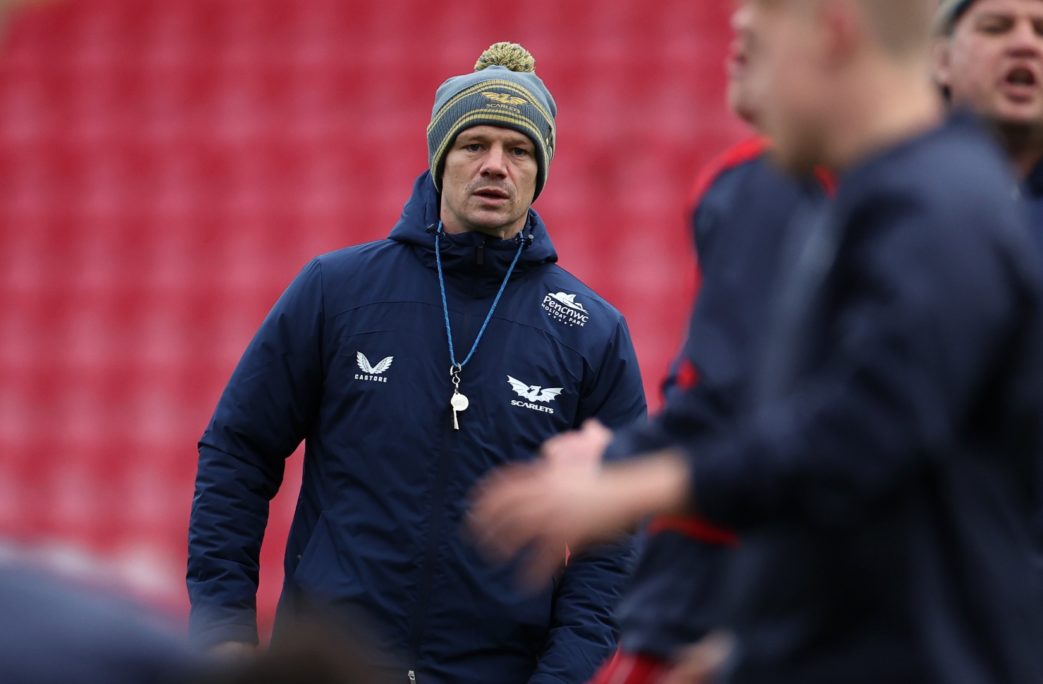 Scarlets may have touched down for five tries in their opening EPCR Challenge Cup victory over Aviron Bayonnais, but head coach Dwayne Peel insisted his side’s defensive fight was the most pleasing aspect of the performance.

“I was pleased with the defensive effort,” said Peel after the 39-7 win which put his side top of Pool B after the first round of fixtures.

“We were ill-disciplined at times, some stupid stuff and in the second half we spent the majority of the final quarter working hard to keep our line intact. We scored some lovely tries, but I felt we had a bit of fight in us in defence, which was pleasing to see.

“Bayonne came hard in that set-piece, they were heavy there and they put us under pressure. Credit to the boys and there were some key turnovers from the likes of Josh Macleod and Blade Thomson.”

Peel added: “From our perspective we have been creating a lot and not executing, I thought we did execute today, especially the first three tries. We haven’t been good at that this season so it was nice to see us dotting it down.

“Sam (Costelow) controlled matters well, Dane Blacker had some nice touches, he was excellent, and I thought Ioan Nicholas was excellent on both sides of the ball, he carried well and gave us good footballing ability in that 13 channel. I also thought some of the young guys stood up, Kemsley Mathias carried the ball well and is definitely one for the future.”

Scarlets now turn their attention to a trip to Parma to take on South African side Toyota Cheetahs on Saturday afternoon.

Peel added: “It is going to be another big game. We know from their time in the PRO14 that they will be physical, they have also got a point to prove it is also a great opportunity for them travelling over here for this competition. It is a big challenge, another big game and an important one for us.

“We’ll go there strong. We want to get on a run now both in this competition and to springboard us into a big derby season.”

Scarlets will this week assess a hamstring injury suffered by wing Tom Rogers which forced him to leave the field in the first half.