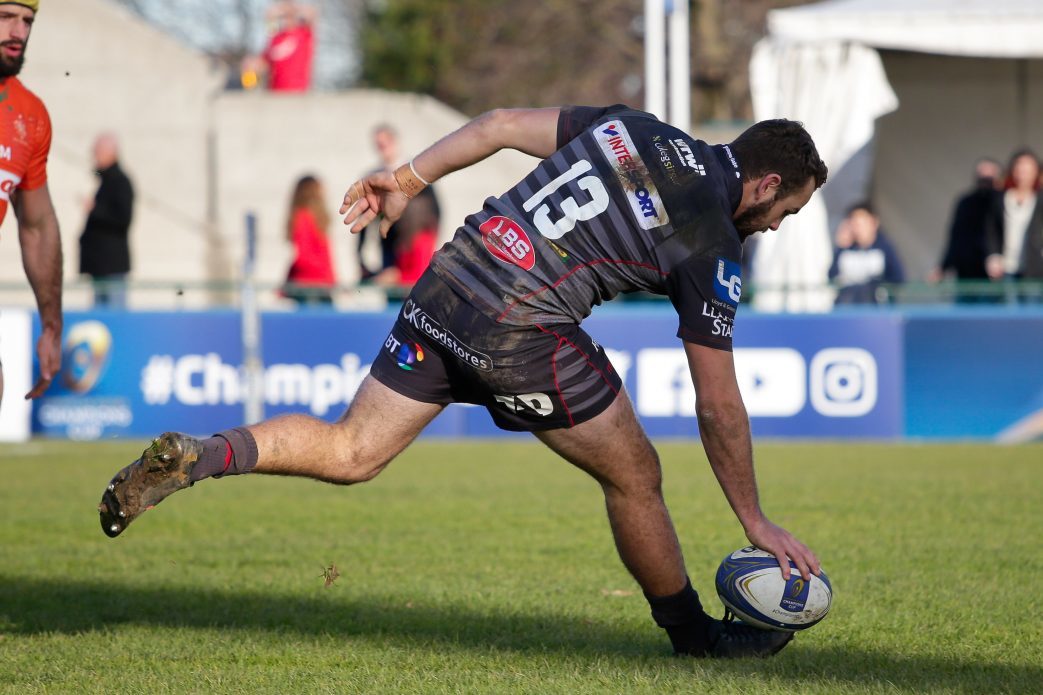 The Scarlets scored four tries against Benetton Rugby on Saturday afternoon to not only secure the victory in the fourth round of the European Rugby Champions Cup campaign but also securing the bonus point to keep their fate alive in the competition.

Despite running in five tries and securing the victory against Benetton at Parc y Scarlets in the third round head coach Wayne Pivac was disappointed with the nature of the performance and had looked to his side to focus and put in a more clinical performance in the second leg of the back-to-back fixtures.

He wasn’t disappointed with Scarlets scoring three of their four tries in the first half before going on to grab the fourth bonus point try early on in the second half.

The Scarlets kept Benetton scoreless until the closing minutes and will be disappointed to have allowed the homeside to cross the whitewash for two late tries.

Speaking after the game Pivac said; “We were clearly not happy with our defence last week and our lack of physicality defensively. That was really the focus throughout the week.

“The boys were commenting during the game, and we spoke afterwards, about how enjoyable it was out there today. There was a big turnaround in terms of attitude. It was a good learning for us that you just can’t be complacent.

“We were without seven leading players today (Samson Lee, Jake Ball, Aaron Shingler, Jake Ball, John Barlcay, Jonathan Davies, Rhys Patchell). Any team losing seven starters is going to be under a little bit of pressure but the camaraderie and team spirit that we have is a testament to the group.

“To come to a place like Treviso, which isn’t an easy place to come as Toulon have shown, and where we’ve struggled in the past and get four tries on the board is very satisfying.

“We’re were under pressure after losing at home to Bath, and nobody put more pressure on us than ourselves. Ten points is what we were after from these two games and we were able to get them. I just thought we were a lot more clinical today. We stuck to the plan.”

He went on to say; “Today was all about keeping both competitions alive. Obviously we’re doing quite well in the PRO14 at the moment but this is the one we really wanted to nail after last week and really put in a performance for not only our travelling supporters but also our supporters at home. I felt that we did that for large parts of the game. Both competitions are alive. Now we look forward to the festive derbies and the final pool stages in Europe.”

Scarlets return to the Parc on Boxing Day to take on Ospreys. Tickets are selling fast – get your now at eticketing.co.uk/scarletsrugby