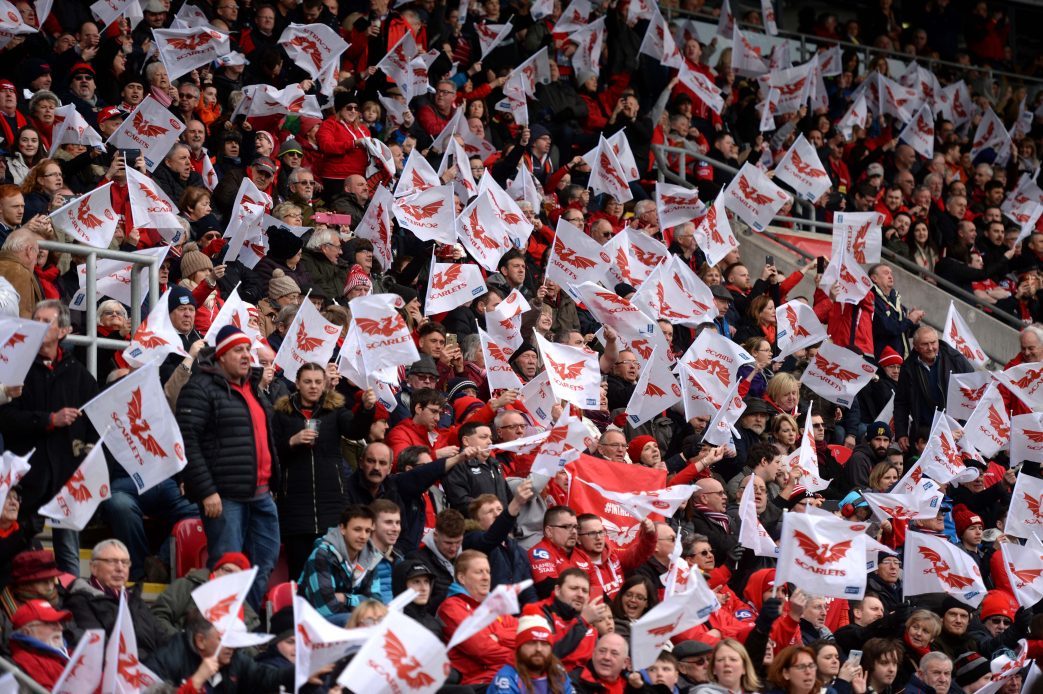 Following Scarlets’ final home game of the regular season, against Glasgow on Saturday afternoon, the region is delighted to confirm that Parc y Scarlets has welcomed record-breaking attendances through the turnstiles this season crossing the 10,000 game average.

The momentum from the championship winning 2016-17 season was carried in to the new season with Scarlets getting their Guinness PRO14 campaign off to a barnstorming 57-10 home victory over newcomers Southern Kings.

Vocal and passionate home support has helped the Scarlets create a winning atmosphere at the Parc and haven’t lost a Guinness PRO14 or European Rugby Champions Cup game at the Llanelli ground since the opening game of the 2016-17 domestic campaign in September 2016.

Season ticket sales are up 147% on sales to date in comparison to last year with another three weeks to run on early bird prices.