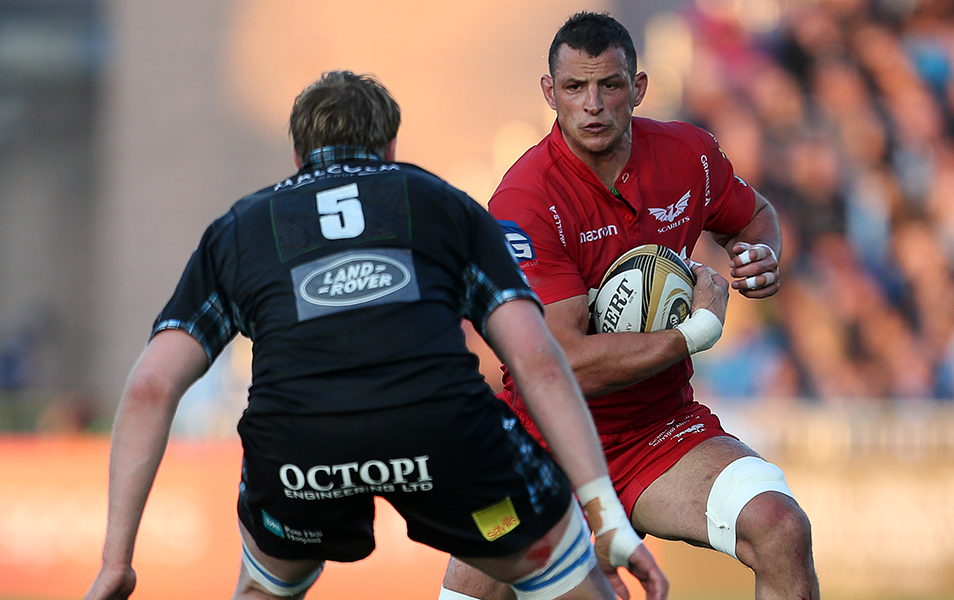 Ryan Elias and Aaron Shingler come into the side as two of six changes to the starting line-up following last weekend’s hard-earned win over London Irish at Parc y Scarlets.

For Shingler, it will be his first appearance for the Scarlets since he injured his knee during the Guinness PRO14 final in Dublin in May 2018.

Elias comes in for the injured Taylor Davies at hooker and slots into an all-Wales international front row alongside Rob Evans and Samson Lee, who replaces Werner Kruger.

Former Toulon player Juandre Kruger is named in the second row, where he will partner Tevita Ratuva, while in the back row Shingler joins Blade Thomson and Josh Macleod.

There is a change at half-back as Kieran Hardy and Dan Jones, who have started every match so far this season, make way for Dane Blacker and Ryan Lamb.

Both Blacker and Lamb will make their first competitive starts for the Scarlets.

The rest of the backline is unchanged from last weekend’s 20-16 win and includes Johnny McNicholl and Steff Evans, who were this week named among 12 Scarlets in Wayne Pivac’s Wales squad to face the Barbarians.

On the bench, tight-head prop Javan Sebastian is selected in a match-day squad for the first time this season, while lock Josh Helps is also called up.

Pool 2 rivals Scarlets and Toulon have met seven times in Europe, but only once in the Challenge Cup – at the Stade Mayol nine years ago.