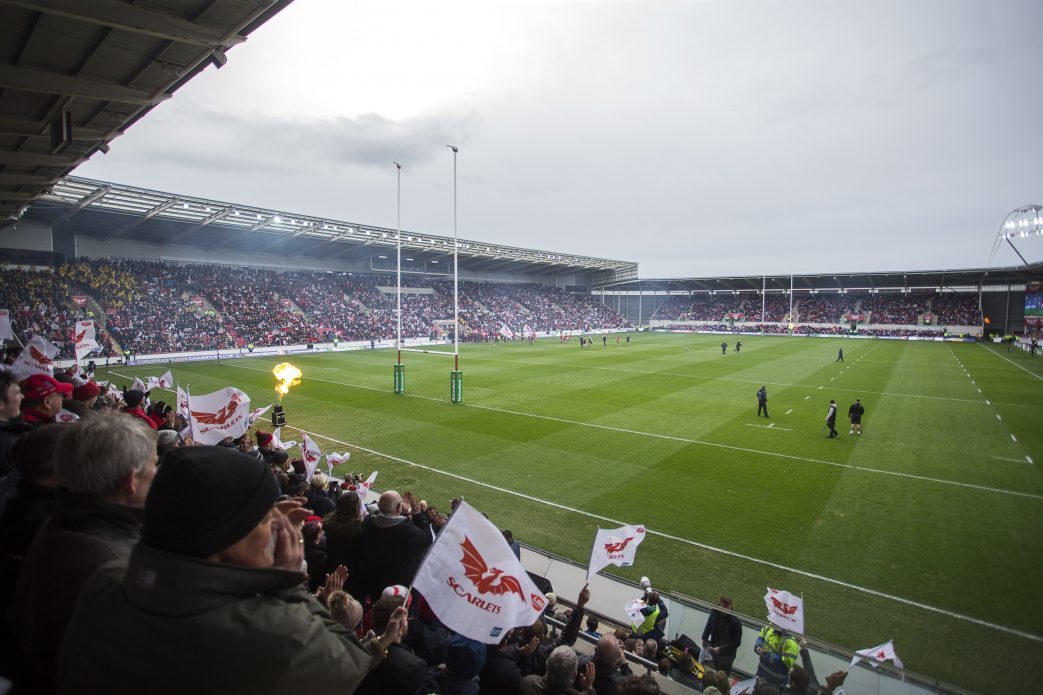 PRO14 Rugby has increased its Free-To-Air offering in Wales with S4C securing rights to continue screening the Guinness PRO14 and the Welsh regions until 2021.

One game per round from the Guinness PRO14 will be screened by S4C, ensuring that Welsh language commentary remains a part of the Championship’s coverage. The games, which will be produced by BBC Wales, will also be broadcast live on television and online via the new-look S4C Clic service, which will be launched this summer.

Of the 21 games, 17 will be simulcast live in conjunction with primary-rights holder Premier Sports with a further four games (all Welsh derbies) screened on delayed coverage.

The agreement continues the Free-To-Air broadcaster’s long-standing relationship with PRO14 Rugby, one that stretches back to the Championship’s inception in 2001. With selected games involving the Welsh regions also ear-marked to be broadcast on Free Sports, it ensures a healthy selection of Free-To-Air action available to passionate rugby fans in over 23 million homes across the UK.

Martin Anayi, PRO14 Rugby CEO, said: “We have been working hard in the background to ensure the Guinness PRO14 remains on S4C because they have been passionate supporters of the Championship since the very beginning. Free-To-Air access remains a vital part of our broadcast offering while we also recognise the affinity that fans have for local language broadcasters such as S4C and TG4 in Ireland.

“I would like to thank everyone involved from Premier Sports, S4C and our team at PRO14 Rugby for bringing this all together – it’s a great result for the broader fanbase in Wales and for the Championship itself.”

Owen Evans, S4C Chief Executive, said: “I’m delighted that S4C will be continuing with live coverage of our four Welsh regions in the Guinness PRO14, one of the world’s leading club rugby competitions.

“This three-year agreement underlines our commitment to broadcasting rugby in the Welsh language, and we hope the news will be welcomed by all supporters of Welsh rugby. It is important to us and our audience that we can continue to offer Free-To-Air coverage of the Guinness PRO14.”

Martyn Phillips, Welsh Rugby Union CEO, said: “This latest addition of S4C to the broadcast portfolio means at least one Welsh region will be in action each weekend on Free-To-Air television and is a further bonus for Welsh rugby supporters.

“PRO14 Rugby have already guaranteed access to all 152 matches in the calendar for those who want to subscribe to Premier Sports, in a move that can only galvanise the Championship over the next three years. Free Sports have also already declared they will show 21 of those games, one per round, as part of a Free-To-Air offering across the UK and the S4C coverage is an extremely welcome addition to those games in Wales.

“With one Welsh derby match at Christmas and New Year included in the S4C schedules, as well as the Guinness PRO14 Final itself should one of our home teams make it, there really is something for everyone in this innovative new offering and we are extremely grateful to S4C for their continued support.”

Mark Davies, Chief Executive of Pro Rugby Wales, said: “In addition to delivering a balance of subscription and free-to-air coverage throughout the UK, the PRO14 team has been keen to recognise the cultural role of our local language broadcasters in celebrating the diversity within the Championship and providing Guinness PRO14 coverage to their unique fanbase.

“S4C have been very clear in their belief in and commitment to the tournament throughout the tender process, so we are delighted they will continue their partnership with PRO14 and their investment in the growth of the Championship.

“The combination of every Welsh game being available live on Premier Sports for the very first time, backed up by weekly fixtures on Free-To-Air and Welsh language broadcast platforms will mean our supporters in Wales and across the UK are able to enjoy the very best access to Guinness PRO14 rugby throughout the season.”