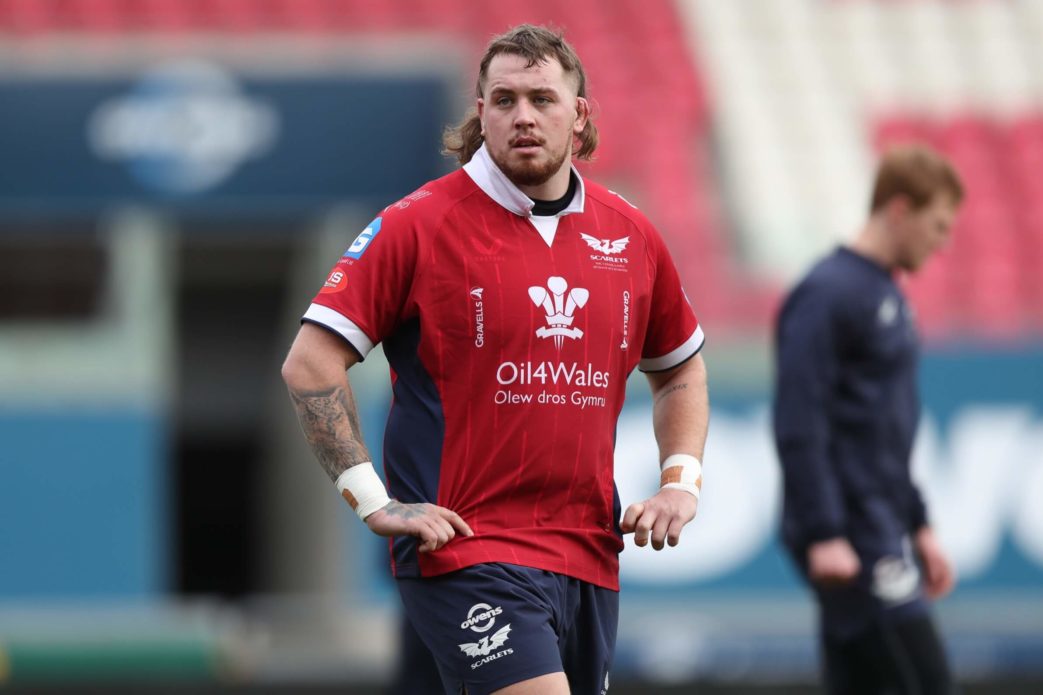 Having moved to the Scarlets before Christmas, Wales international Sam Wainwright is firing again in more ways than one.

After making a memorable Test debut in the historic victory over the Springboks in Bloemfontein last summer, the tight-head prop then returned to club life with Saracens.

But he wasn’t to be involved in any of their Gallagher Premiership matches during the first three months of the season and so, in November, he opted to leave and join the Scarlets in the hope of getting more game-time.

That’s paid dividends, as he has been involved in their last four matches – all victories – and will now be looking to pack down at home to the Vodacom Bulls this weekend.

Returning to his homeland has also enabled the north Walian to resume his off-field passion for country pursuits.

“I do enjoy shooting and fishing and that’s the good thing about being back in Wales,” said the 24-year-old.

“I wasn’t able to do that in London. You can’t go walking around with a shot-gun and a fishing pole there because there’s nowhere to go!

“It will be good to get back into that to take the mind off a little bit. What we do is pretty full on, so it’s good to switch off.

“It’s a chance to go back into my old ways and enjoy what I used to do. I lived in Prestatyn, so one side of you is the beach and the coastline, while the other side you’ve got the mountains and the hills.

“Me and my dad used to go quite a lot on local farms, shooting pigeons on the corn. There was a clay pigeon shoot down the road as well, so we would do bits like that and enjoy it. We would spend a lot of time together.”

Wainwright’s rugby journey began at junior level at Rhyl RFC where he started out as a flanker before switching to prop, with one of Wales’ all-time greats in that berth becoming his idol.

“When you are growing up, you watch people in your position and Adam Jones was an unbelievable scrummager. I was thinking ‘I want to be like him when I am older’.

“I loved scrummaging and seeing how good he was at it sort of made you put him on a pedestal. He was someone I really looked up to, hoping I’d one day get the opportunity to achieve what he has. He was a quirky guy as well, which I liked.”

Wainwright’s propping potential saw him given an opportunity by Colwyn Bay-based Welsh Premiership club RGC 1404, with his performances for them seeing him capped by Wales U20s and then snapped up by Saracens in 2019.

Match-time was limited with the star-studded English outfit, but he remained on the radar of the selectors back home. So when Dragons RFC tighthead Leon Brown was ruled out of last summer’s tour of South Africa, the call came his way.

“It was a bit of a mad scenario, a whirlwind, to go from not playing much rugby for Saracens to getting the phone call from Wayne Pivac asking me if I would like to go to South Africa.

But Wainwright rose to the challenge, coming off the bench in the second Test to play his part in Wales’ first ever win over the Springboks in South Africa.

He was involved again in the series decider, with two more caps coming his way as a replacement in the autumn campaign.

Then came the move to the Scarlets, which has seen him share in successive victories over the Dragons, Cardiff, the Cheetahs and Bayonne.

“I love it so much here. I am really glad to be back in Wales. It’s a special thing to be Welsh and being back in your country is a huge thing playing-wise,” he said.

“I feel very lucky and fortunate to be here and to be given the opportunity. I’ve had a good few minutes and that’s what I need, the game-time. To improve, you need the tough lessons and the good learnings.”