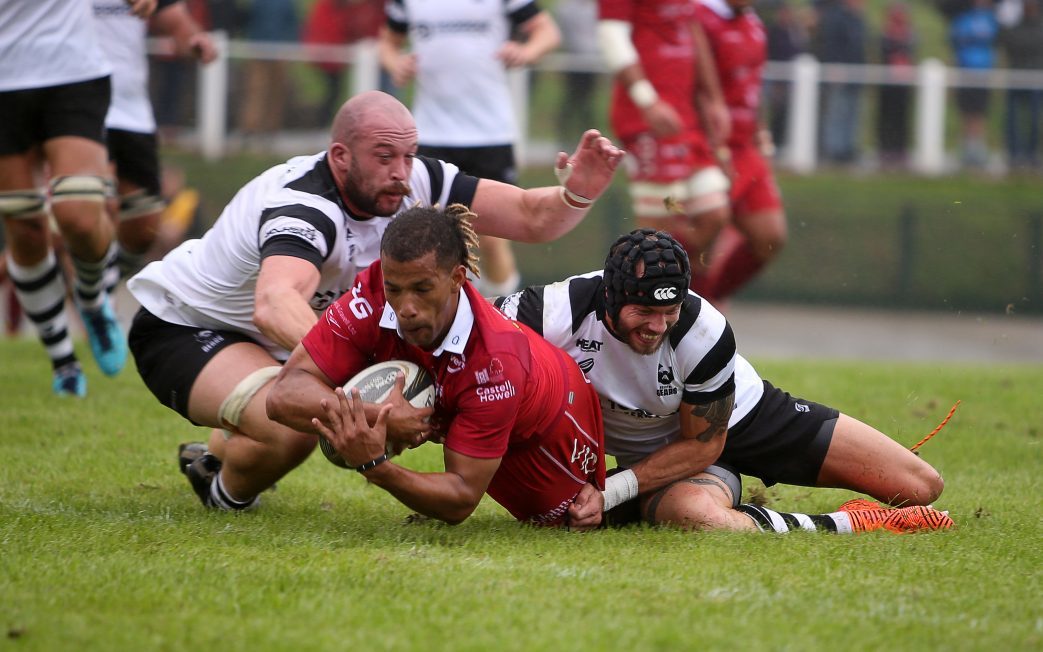 The Scarlets overturned a half time deficit of 12 points to beat Bristol Bears 28-19 at Carmarthen Park.

A brace of tries from full back Clayton Blommetjies, a penalty try and a second half touchdown from wing Tomi Lewis along with three conversions from Dan Jones and Sam Hidalgo-Clyne was enough to seal the win. The visitors scored three tries of their own through No 8 Jordan Crane, full back Luke Daniels and centre Alapeti Leiua.

The Scarlets were the first to cross the whitewash in a move which began when tighthead prop Javan Sebastien accelerating through a gap before offloading to scrum half Kieran Hardy who was brought down just short of the line.

The ball was recycled to Jones who threw a long pass to Blommetjies who stepped two defenders before sliding over on his debut for a try which Jones converted. The visitors hit back immediately when former Leicester No 8 Crane muscled his way over the line after a powerful driving lineout.

It was wing Ryan Edwards who set up Bristol’s second try when he beat both Williams and Josh Macleod on the outside from 40 metres out before drawing his man to put Daniels over. Bristol were now in control and scored their third just before the break when Leiua burst through before chipping ahead and showing great pace to finish.

Madigan added the extras meaning Bristol turned around 19-7 ahead at the interval.

With the Scarlets beginning to build pressure a couple of powerful carries from returning Wales lock Jake Ball and tight head prop Werner Kruger put the west walians on the front foot. New signing Hidalgo-Clyne put in a neat kick through for Wales Sevens star Lewis to cross at the far-left hand corner.

Pivac’s side finally got their noses in front due to a controversial penalty try. Captain Steffan Hughes put in a neat kick through which put Bristol winger Charlie Powell under pressure.

The winger eventually spilled the ball forward and in a moment of desperation stopped centre Kieron Fonotia from grounding the ball leaving Nigel Owens no choice but to award a penalty try. Blommetjies sealed the win after Jones chipped over the top of the defensive line before Fonotia gathered to put the former Cheetahs man over.