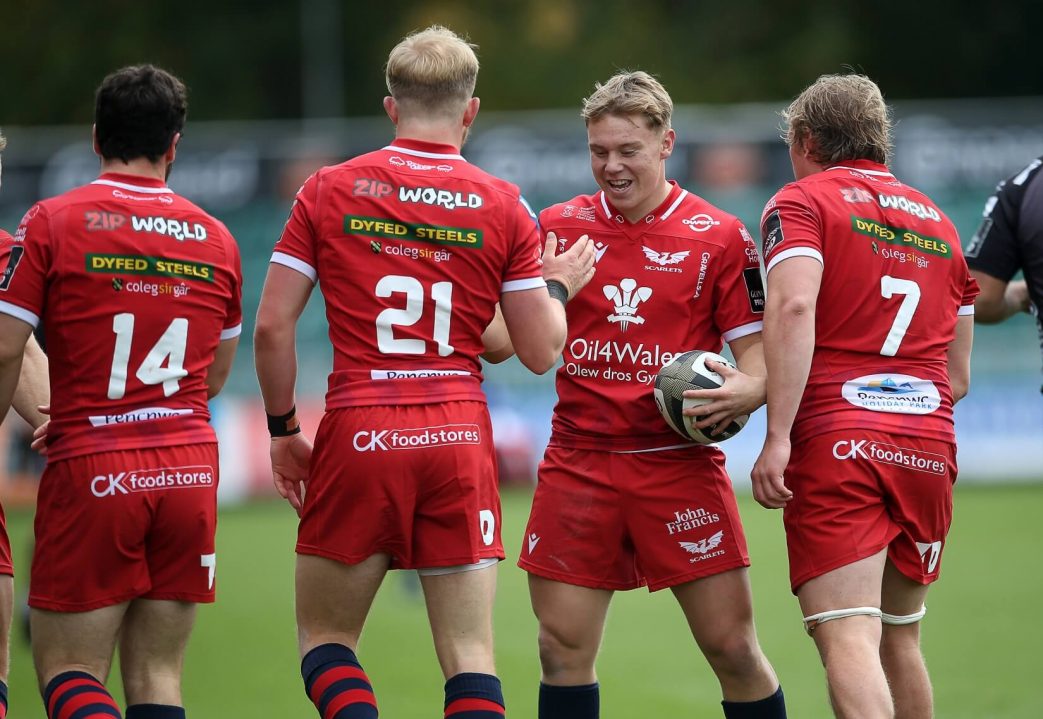 Scarlets produced a five-try display to see off a gutsy young Dragons side in an entertaining friendly at Rodney Parade.

The West Walians had too much firepower for the hosts, particularly up front, dominating the match from the word go.

Short-range tries from front-rowers Javan Sebastian and Marc Jones, coupled with five points from the boot of Angus O’Brien saw the visitors lead 15-0 at the interval.

Then it was the turn of the replacement half-backs to take centre stage with scrum-half Will Homer (twice) and fly-half Sam Costelow crossing in the second period.

Early pressure almost led to Rob Evans getting himself a comeback try, but the Wales international – in his first match since recovering from neck surgery – spilled the ball as he dived over.

Player of the match O’Brien opened the scoring with a penalty before tight-head prop Sebastian plunged over the whitewash on 17 minutes.

Scarlets continued to put some slick phases together, but too often the final pass went astray.

They did manage a second try on the stroke of half-time and it came via the route one approach again, experienced hooker Jones getting himself on the scoresheet after more strong work from Evans.

With plenty of changes to personnel being made after the break, the game opened up and that suited the Scarlets.

After a Will Reed penalty had put the Dragons on the board, the lively Homer sniped blind for his first try in Scarlets colours, then Costelow spotted a gap and darted over to open his try account for his new side.

To compound matters for the Dragons they had wing Jared Rosser yellow carded for what was deemed a dangerous tackle on the rampaging Tevita Ratuva.

Homer quickly added another try, picking the ball off his boot laces and racing clear from 60 metres out as the Scarlets extended their advantage.

But it was the Dragons who had the final say when Rosser won the race to the touchdown after the referee had adjudged the ball had been ripped free by the Scarlets in midfield.