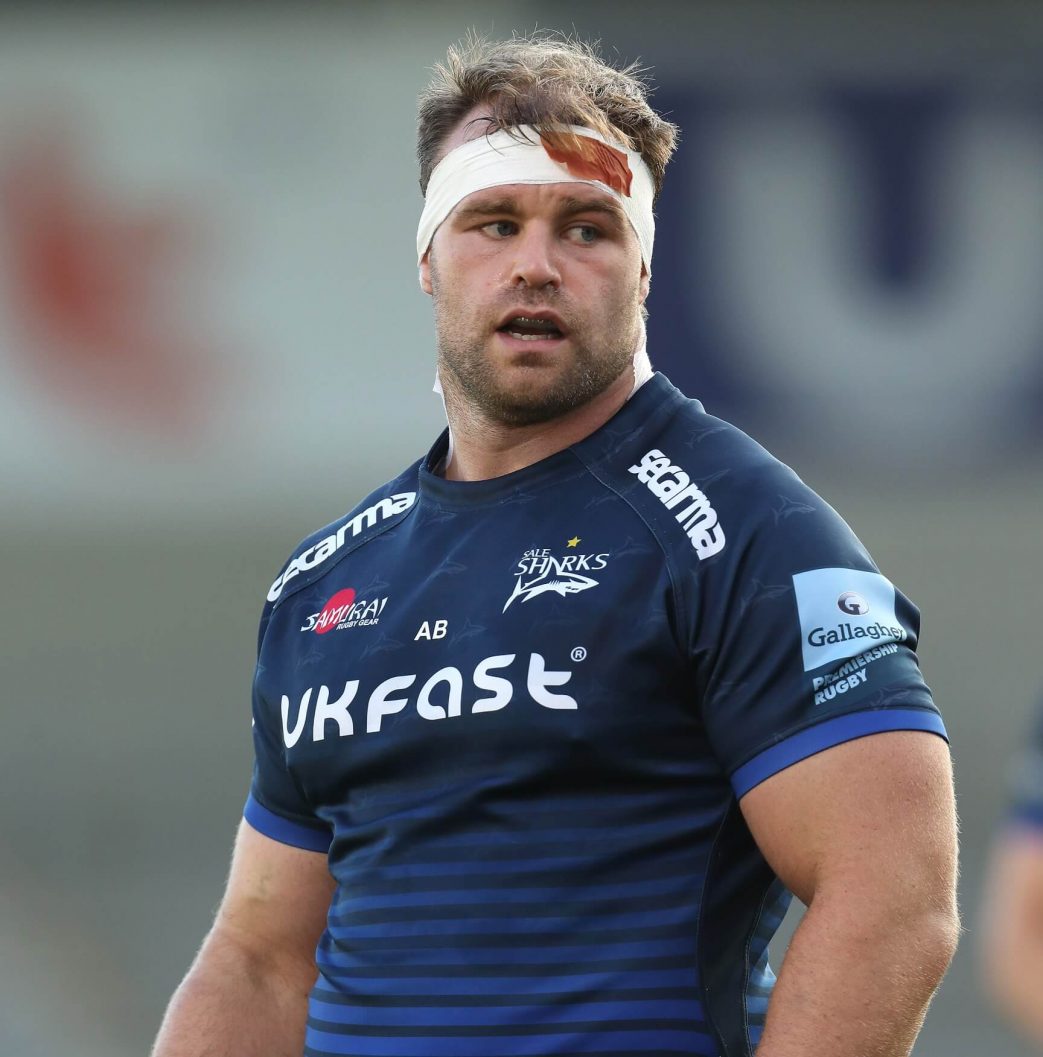 Scarlets have moved to bolster their squad for the 2021-22 season with the signing of prop WillGriff John from Sale Sharks.

John has been with the Sharks for the last four seasons, with his impressive form in the Gallagher Premiership earning him a call-up to Wales’ Six Nations squad last year.

After starting out with Pontypridd in the Welsh Premiership, John began his professional career with Cardiff Blues and has had spells with Doncaster Knights in the English Championship and with New Zealand provincial side Northland. He was also part of Wales U20s’ squad at the 2012 Junior World Championships.

Standing at 6ft 3in and 19st 11lb, the 28-year-old tight-head has built a reputation as a powerful scrummager and ball-carrier and will add to a strong front-row pool at the Scarlets when he links up with the squad in the summer.

“WillGriff is a player who has built a strong reputation in the Premiership with the Sharks and it is great that we are able to bring him back to Welsh rugby,” said Scarlets head coach Glenn Delaney.

“He was due to win his first cap for Wales against Scotland last year only for the match to be postponed because of Covid and he is hungry to get back into the international set-up. He is a player who will add a lot to our squad and we look forward to welcoming him to Parc y Scarlets in the summer.”

John said: “I’m delighted to be joining the Scarlets for next season. They are a team that are known for playing an exciting style of rugby based on a strong set-piece and I am looking forward to joining up with the team in the summer. I have a young family now so it will be nice to be closer to home after being away from Wales for a number of years. After speaking with Glenn I was really excited about joining the team and hopefully playing my part in future success.

“The Scarlets supporters are known around the world as being some of the most loyal and vocal and the club has a fantastic history. I really hope that, should the pandemic permit, by the time next season starts we are running out at Parc y Scarlets in front of those fans.”

John has made 82 appearances for the Sharks since signing in 2017.

He added: “I’ve really enjoyed my time with Sale and am grateful for the time I have spent playing for the Sharks. We have a really strong team now and I am 100 percent committed to finishing the season on the right note.”

John is the Scarlets’ first new signing ahead of the 2021-22 campaign. Fellow front-rowers Wyn Jones and Javan Sebastian have already penned new deals with more renewals set to be announced over the coming weeks.