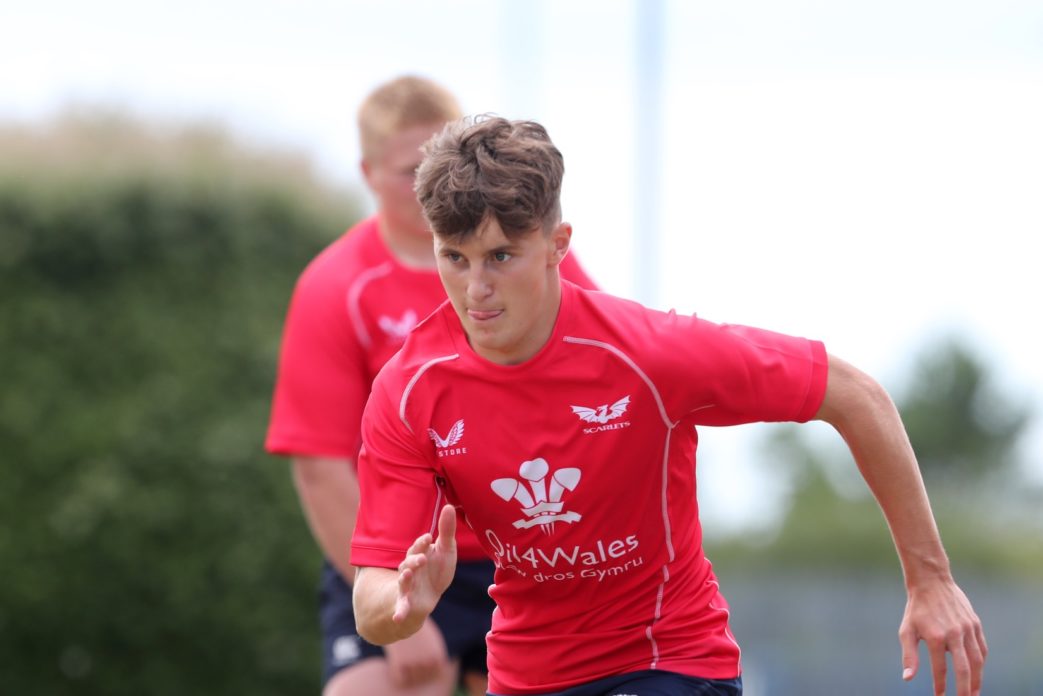 Six Scarlets will be part of a Wales U18s development squad gathering in North Wales this week.

The Welsh Rugby Union is introducing a collaborative pilot programme for the men’s pathway at national Under-18 level in partnership with Scotland and Italy as preparations for next season’s campaign begins in earnest.

Harri Thomas, Will Evans, Keanu Evans, Deian Gwynne, Steffan Jac Jones and Iori Badham (pictured) have been selected in the 33-man squad which will be in camp between August 2-4 in North Wales at Parc Erias, staying at Rydal Penrhos School before heading to Scotland on August 5 where they will be based at University of Stirling. The programme will conclude on August 11 with two non-capped games against Scotland and Italy at Stirling RFC.

Working collaboratively, the three unions have planned shared training sessions, live scrum, line-outs, and units training, as well as two non-capped adapted matches, whilst also including individual activity and sessions across the six days in Scotland.