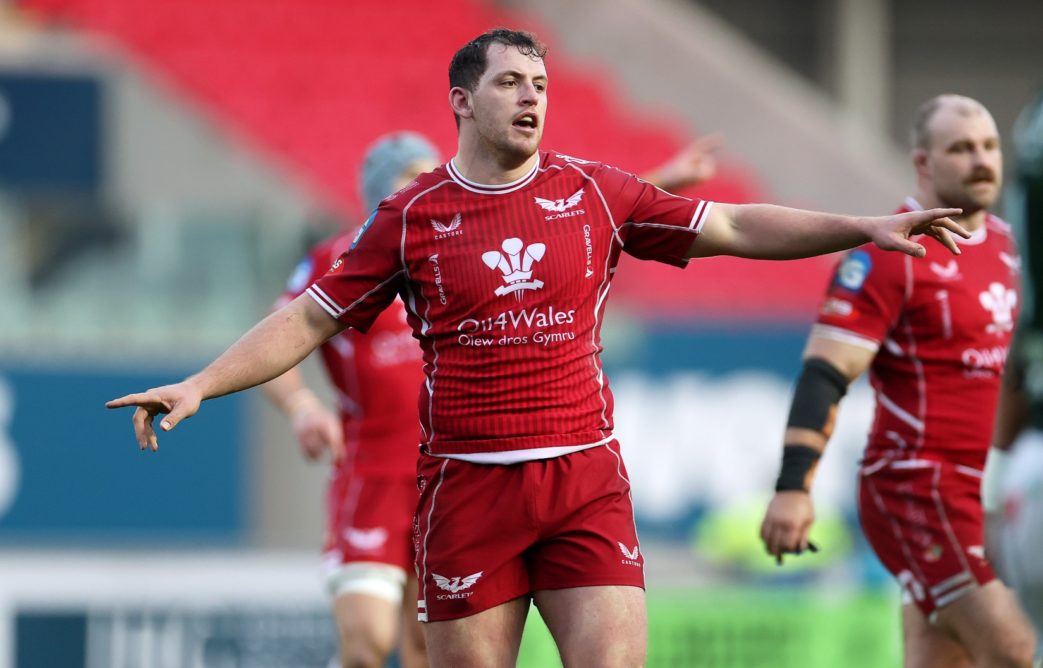 Ryan Elias will make his 150th Scarlets appearance and Sione Kalamafoni his 50th as Scarlets take on Toyota Cheetahs in Parma in round two of the EPCR Challenge Cup on Saturday (15:15).

The pair are part of a line-up showing four changes, one of them positional, to the side that took the field for the bonus-point win over Aviron Bayonnais last weekend.

Davies’s place in the starting XV is taken by Scott Williams, who partners Ioan Nicholas in midfield. The other change in the backline sees Steff Evans replace Tom Rogers, who damaged a hamstring against Bayonne.

Elias, who made his Scarlets debut in an Anglo-Welsh clash against Saracens nine years ago, is again named in a front row alongside Kemsley Mathias and WillGriff John.

Vaea Fifita has recovered from the blow to his nose he suffered against the Emirates Lions and pairs up with Tonga team-mate Sam Lousi in the second row. Sione Kalamafoni reverts to his more accustomed No. 8 role in a back-row containing Macleod and Aaron Shingler.

Harri O’Connor fractured a bone in his hand against Bayonne so Javan Sebastian comes onto the bench, as does Wales and British & Irish Lions full-back Leigh Halfpenny.

Scarlets head coach Dwayne Peel said: “The key for us is consistency and building on last week’s win and the boys have been driving that this week. We want to move forward in this competition, that is the attitude we will take.

“It is a different challenge, both sides are away from home so it will be a very different atmosphere I am sure. We had good energy against Bayonne and it is important we keep that up. The Cheetahs are a physical side with good quality young players and two elder statesmen in Ruan Pienaar and Frans Steyn guiding them around. They went to Pau last weekend and won so we know it is going to be a difficult task.”