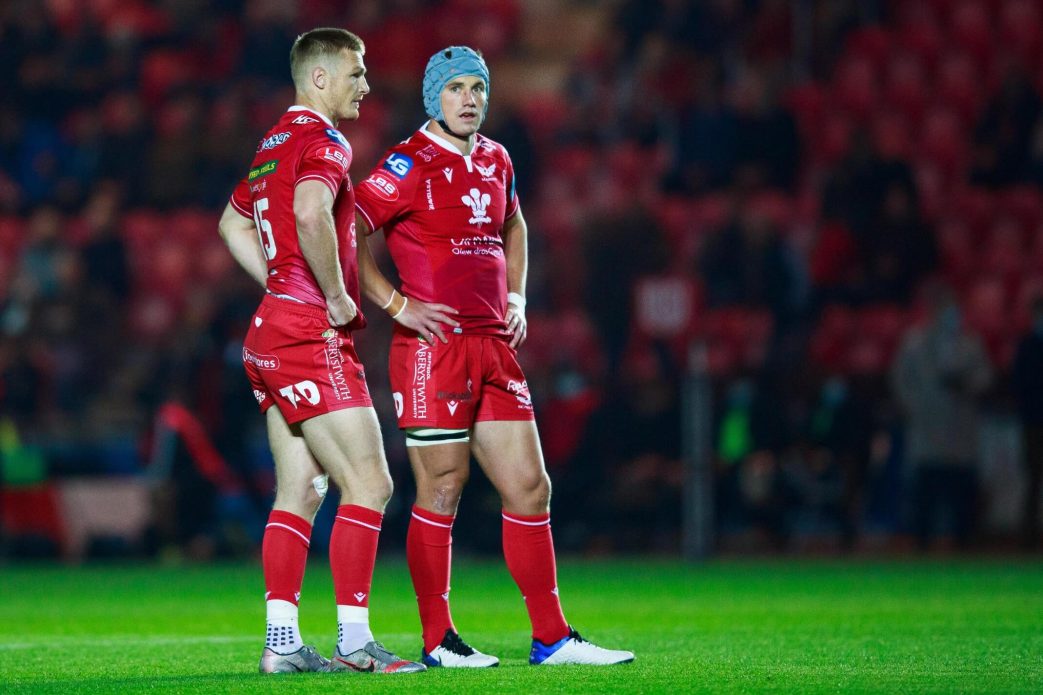 The Wales and British & Irish Lions centre missed the New Year’s Day win over the Ospreys, but is restored to a side showing six changes from that URC derby victory at Parc y Scarlets.

The back three remains the same with Liam Williams wearing the No. 15 jersey and Johnny McNicholl and Steff Evans named on the wings.

Davies and Scott Williams combine in a familiar midfield partnership, while Sam Costelow has recovered from a shoulder issue to partner Gareth Davies at half-back.

Wyn Jones returns at loose-head prop in place of Rob Evans, who is set for a spell on the sidelines with a knee ligament injury. Ryan Elias and WillGriff John make up an all-Wales international front row.

Aaron Shingler, who made a big impact off the bench against the Ospreys, comes into the second row alongside Sam Lousi.

The only change in the back row is Tomas Lezana for the injured Josh Macleod, who suffered a hamstring injury early on against the Ospreys. Lezana links up with Blade Thomson and Sione Kalamafoni.

Among the replacements, 20-year-old back-rower Carwyn Tuipulotu will make his European debut if he comes off the bench.

Scarlets head coach Dwayne Peel said: “The boys are looking forward to this, everyone is primed and ready. It is going to be a very difficult game against a side who are flying at the moment. We know it is going to be a big challenge, but we feel we are in a good place and it will be good for the boys to play in front of fans again as well.

“France is always a special place to play in European competition. You have to be prepared to go there and play because you are going to be under the pump at times. When you think of all the big scalps Welsh teams have taken in France, they have been under the pump in a big way, you have to stick in the game and dig in and then you have a chance. It is about having that mentality to fight for the 80 minutes and see where you are at the end of it.”

The clubs have only met twice during the competition – the 1998-99 season which saw each side win their home match.