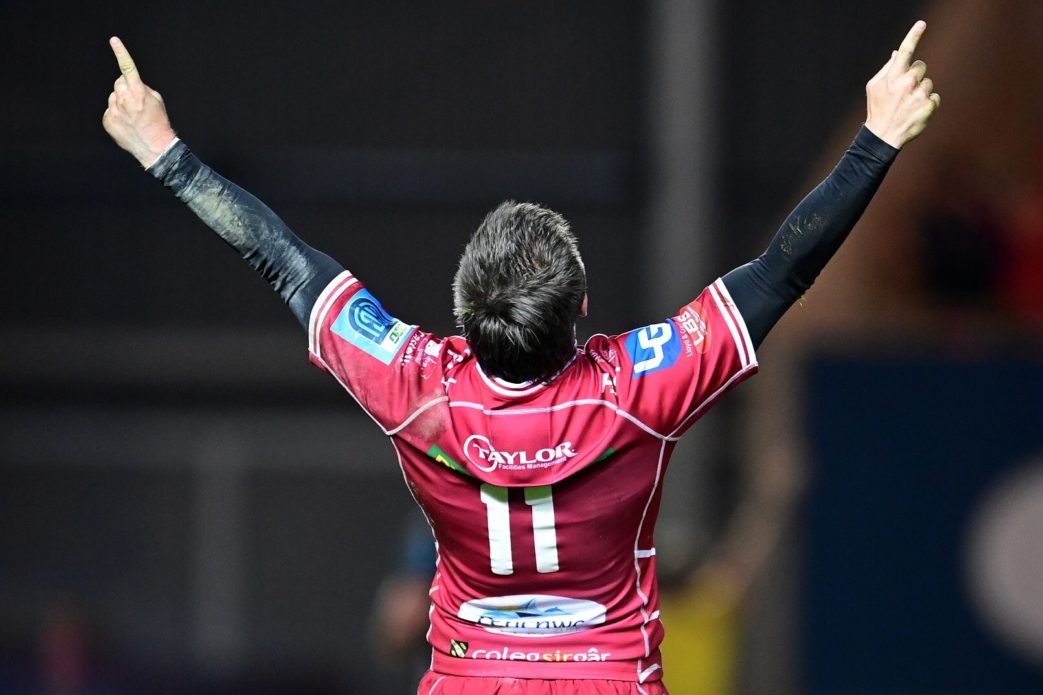 Scarlets wing Steff Evans has created a slice of history by becoming the top Welsh try-scorer in the history of the United Rugby Championship.

Evans’s first-half try against the Dragons on New Year’s Day was his 50th in the competition and takes him to fifth overall in the all-time try chart.

In going above Ospreys’ Dan Evans, Steff is now out on his own as the leading Welsh try-scorer. He is also the third fastest (in minutes) to reach the 50-try milestone.

Evans made his Scarlets debut in 2014 and has 163 Scarlets appearances to his name, scoring 66 tries in all competitions.