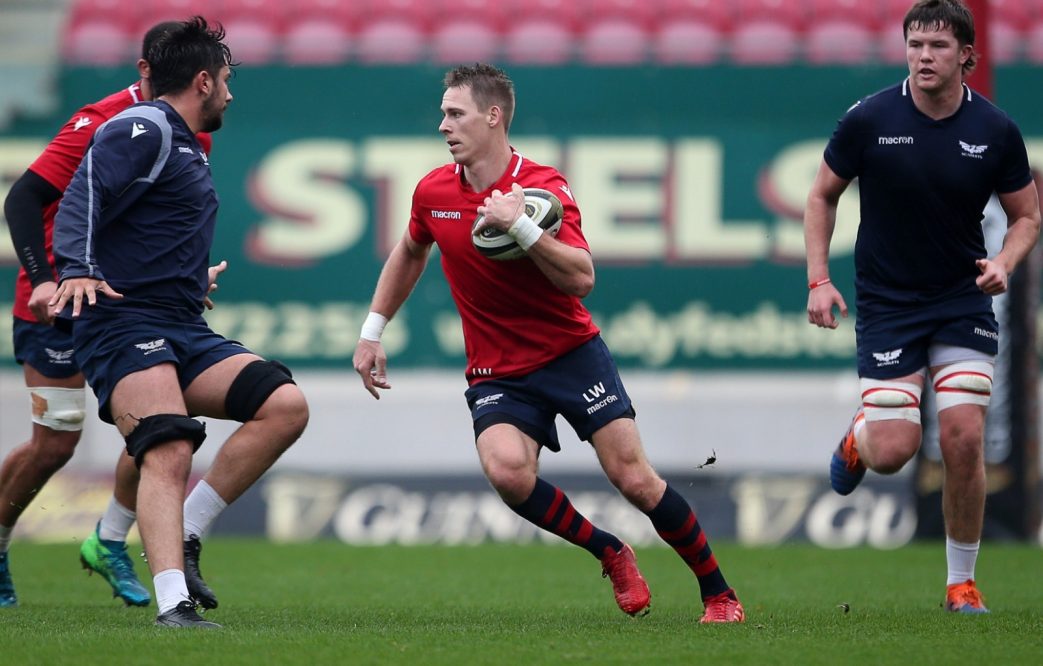 Head coach Glenn Delaney has welcomed the return of Liam Williams ahead of Friday’s Guinness PRO14 round three clash with Benetton.

Williams has been released by the national squad and is poised to make his first appearance in a Scarlets shirt since re-signing from Saracens. His last game for the Scarlets was the 2017 Guinness PRO12 final in Dublin.

“First of all he is a really, fun vibrant lad to have around the place, let alone being a world-class player,” said Glenn.

“One thing that has impressed me is the work he is doing with our young outside backs. He is bringing a great energy and leadership for the young fellas in the group, he may have a future in a tracksuit post-footie!  We have a great group of young, enthusiastic backs and having Sanj around to pass on his experience and knowledge is fabulous.

“He has been great that way and now we get to see him pull on the shirt and see what he can do.

“You have a guy who is that instinctive and intuitive; I remember the Lions series in 2017 when he tore the All Blacks to shreds, he was outstanding, at the top of his game.

“We won’t put pressure on him, it is his first game back for a long time. He has trained incredibly hard, he had a massive week last week in terms of the training volume he got through and all the contact work. He is ready to go, we will just let him slip in and do his thing without any pressure on him needing to be anything more than himself.

“It is no different to anyone else coming back. There will be a lot of expectation on Sanj, but he knows he just needs to get on the field, play a bit of rugby, express himself and he will be better for the experience.”

Scarlets name their side to face Benetton on Thursday at 12 noon.