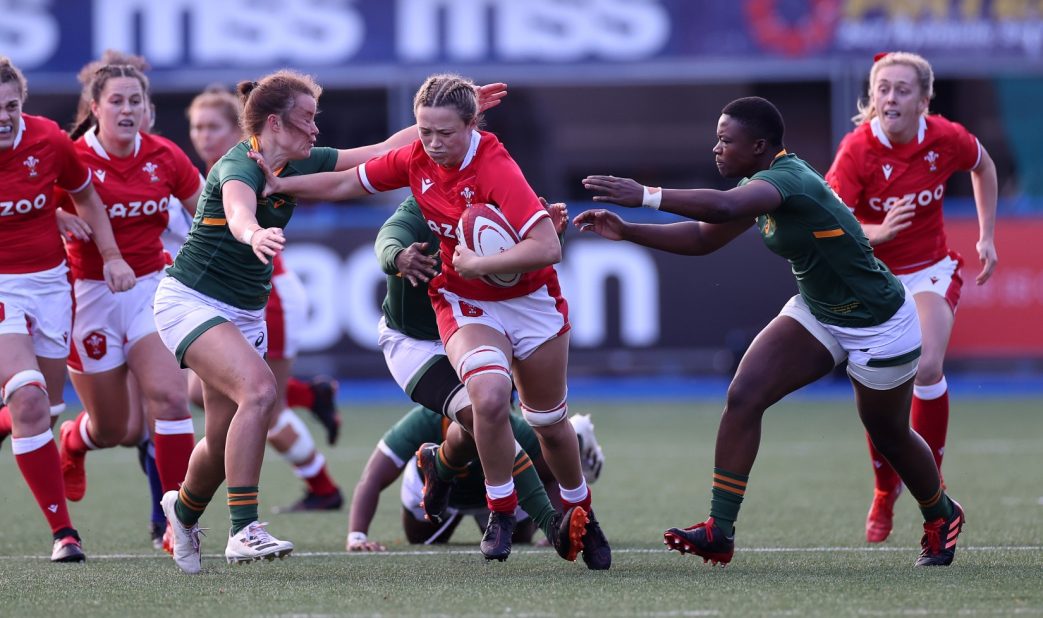 Wales Women head coach Ioan Cunningham has made three changes to his side to take on Canada on Sunday (5pm) following the 29-19 win over South Africa last Saturday.

Keira Bevan starts at scrum-half while Caryl Thomas and Lisa Neumann return at loose-head and on the right wing respectively after missing the South Africa match through injury. Kat Evans has also recovered and takes up a place on the bench.

Cunningham said, “Our primary focus is to keep improving. We are pleased with how we went against Japan and South Africa. However, we left a lot of scoring opportunities on the park, that is something we can’t do this weekend. When we create chances to score, we must take them.

“Canada are ranked third in the world for good reason. They have Olympic athletes in the side and World Series sevens players. They will challenge and test us and play an ‘all-court’ game – they are strong up front and put a lot of width on the ball too. We will have to apply ourselves from the off right through to final whistle.

“We are pleased with our progression so far and we are determined to finish the campaign on a high. There is healthy competition within the squad and we have rewarded good performances but it was also important for us to grow confidence and cohesion at this point in time.

“The good work is down to everyone in the squad even though some haven’t featured in the series. The standard of training has been high and that’s down to the whole group. We want to keep building and keep the momentum going on Sunday and beyond.”

Tickets for the match are on sale via www.wru.wales/waleswomen