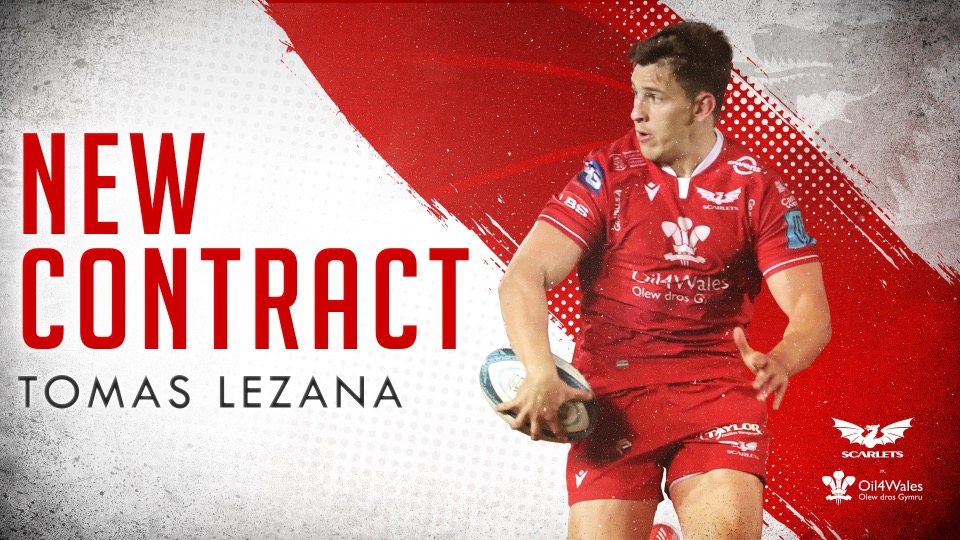 The 28-year-old flanker, capped 40 times for his country, arrived in Llanelli after featuring for the Pumas in The Rugby Championship and has made nine appearances, scoring two tries.

A powerful, dynamic carrier, he has recovered from a couple of injury setbacks to put in a string of impressive performances in the Scarlets back row in recent months.

Tomas Lezana said: “I am enjoying it here, I am enjoying a lot; the new experience, a different culture and I am grateful to the club for how they have welcomed me and my partner here.

“The fans here are really passionate, similar to Argentina people, that pushes you to give more.

“I also like the style of rugby we are playing, we like to move the ball around the pitch, it is like Super Rugby and I love that.

Scarlets head coach Dwayne Peel said: “Tomas has settled in really well and with a run of games under his belt he has been getting better every week. I’ve seen massive growth in his game whenever he’s taken the field.

“He’s very explosive, athletic, physical and he trains really hard. I think we are only just scratching the surface of where we can get to with him.”