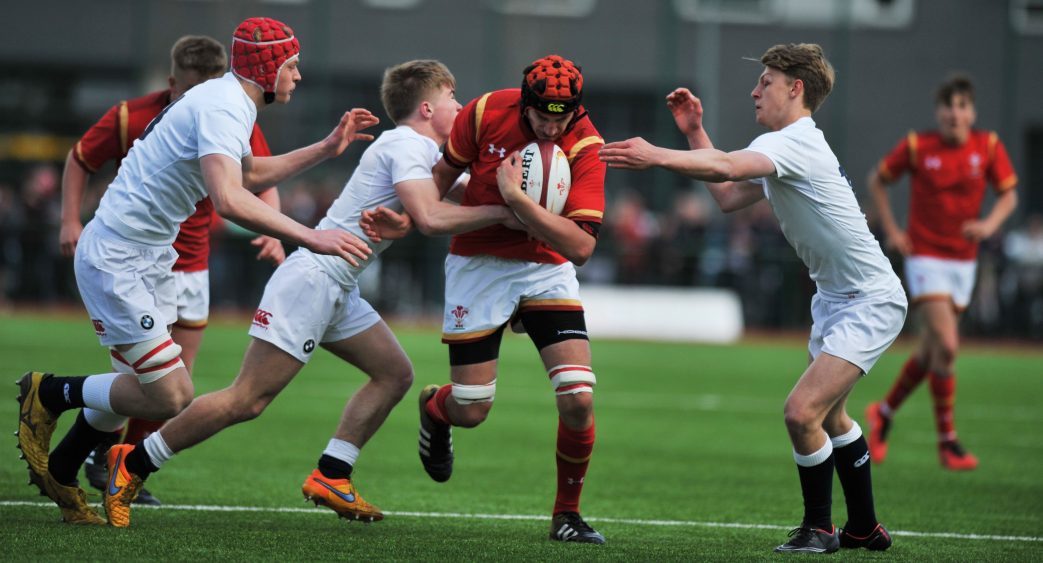 Wales Under 18s will take on England today at Sardis Road, 16:15, and five Scarlets have been included in the matchday 23.

Ysgol Dinefwr’s Iestyn Rees will lead the side against England with six players remain from the matchday squad that featured against Scotland in a last-gasp win at Murrayfield a fortnight ago. They are Jac Price, Dom Booth, Archie Griffin, Ioan Rhys Davies, Teddy Williams and Ellis Bevan.

Wales U18 triumphed in the corresponding fixture against England last year at Eugene Cross Park – a highly entertaining encounter, and one which involved a large number of players who progressed to the U20s this year.

“This is a really valuable fixture for both teams in terms of exposing individuals to a high standard of rugby,” said Wales U18 head coach Geraint Lewis. “We saw that last year, and for us to be able to pitch our players against some of the best players in England at this age group is a huge challenge which we look forward to.”

The match comes a week ahead of the commencement of the inaugural U18 Six Nations, a three-day festival that will kick off in Ystrad Mynach on Saturday 31st March before moving to Cardiff Arms Park.

Tickets for today’s game can be bought at the gate for £5 (adults), while U16s go free.

Wales U18 team to face England