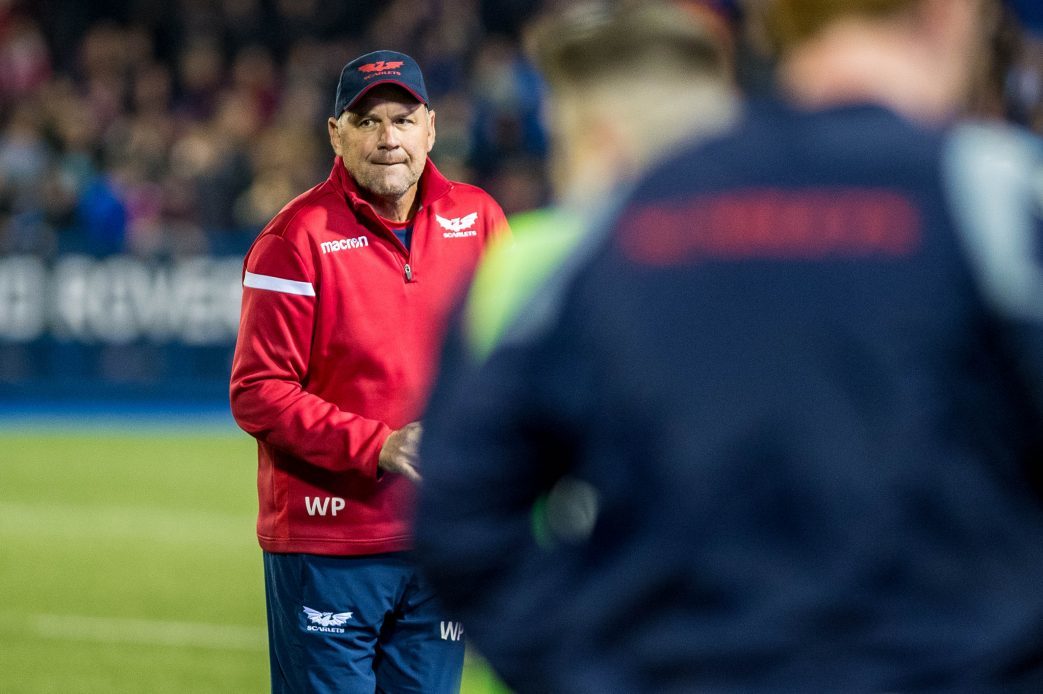 Wayne Pivac has admitted the first-half performance against Cardiff Blues was the most disappointing 40 minutes of his time at the Scarlets, but insists three more wins could still be enough for his side to claim a place in the Guinness PRO14 play-offs.

The Scarlets were swamped 38-0 by in a one-sided opening period at the Arms Park and although the visitors fought back with three tries of their own after the break, they still left the Welsh capital well beaten, 41-17.

“We had spoken about being disciplined, about being physical, making our tackles, but we didn’t do that and at this level of the game you are going to concede points,” said Pivac.

“Going in at half-time, it was probably the most disappointing 40 minutes in the five years I have been here.

“That was discussed at half-time, we made changes and those boys made an impact. I thought in the second half we played the way we wanted to from the first whistle, but the game was over by half-time.”

With Edinburgh beating defending champions Leinster at Murrayfield, the Scarlets have dropped to fifth in the Conference B table, but Benetton’s loss to Connacht in Galway means there is still all to play for in the battle for a top-three spot.

“We have three games left, two at home (Edinburgh and Zebre) and one at a neutral venue (Dragons on Judgement Day). We have got to focus on getting as many of those 15 points on offer as we can,” added Pivac.

“There are some games involving other sides that are hard to call, but we can only worry about our performances and make sure that we produce that second-half performance over 80 minutes.

“We are really disappointed with that first half after two reasonable performances against Cheetahs and Munster. But we can’t turn that around now, we have got to work hard and make sure it doesn’t happen again this season.”

Rob Evans suffered an elbow injury late on in the game which will be assessed over the coming days.