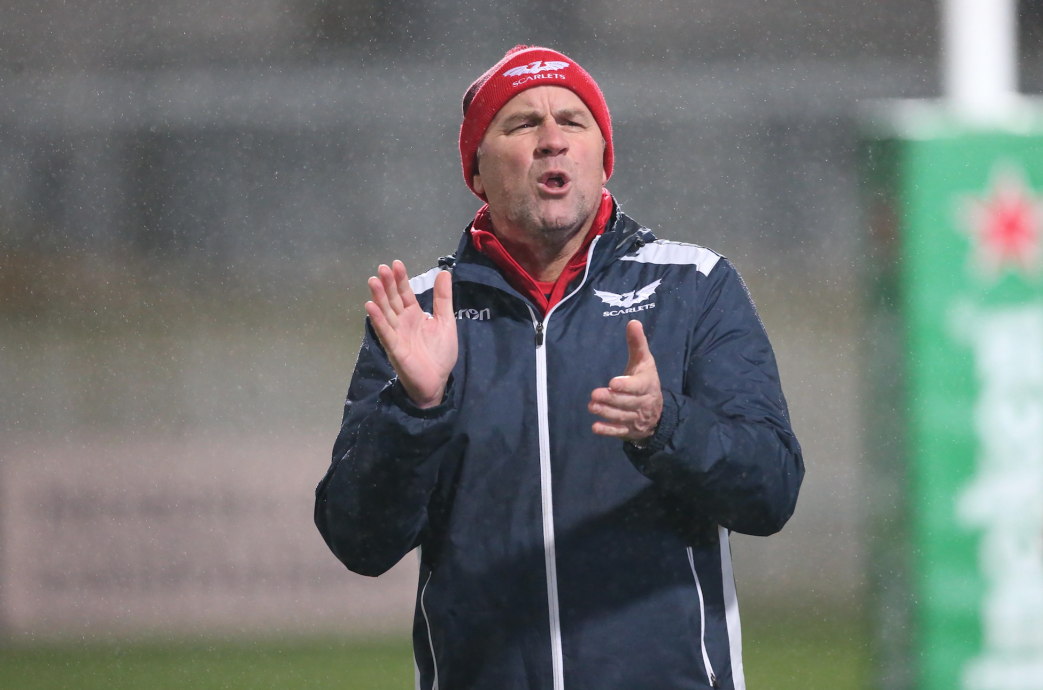 A steely resolve saw Scarlets hit back with a 78thminute try at the Kingspan Stadium as they faced Ulster in the fourth round of the Heineken Champions Cup but it wasn’t enough to secure a first victory in this season’s European campaign.

The Ulstermen did the European double over Scarlets, securing two consecutive bonus point victories in as many weeks, bringing an end to the region’s European hopes.

After a semi final finish in last season’s campaign it is a disappointing departure for the Scarlets but it does allow the West Wales region to concentrate fully on the remainder of the Guinness PRO14.

With Ulster pressing heavy on the Scarlets in their 22 loosehead prop Wyn Jones wins a turnover which could have turned the game on its head, instead he was sent to the bin for ten minutes leaving the Scarlets defending with fourteen men. Commenting on that pivotal moment head coach Wayne Pivac said; “We felt it was a good turnover by Wyn Jones and Johnny McNicholl would have been away but instead we got a yellow card.

“We felt that was a big moment in the game for us and at half time, take the three points, we thought the elements were with us in the second half and it would have been an arm wrestle.

“We got back in to the game at 10 all but then gave one away straight away after the restart, which was frustrating.

“The effort in that first half in particular, probably the first 60 minutes, was what we were after, particularly after last week.

“Defensively we had some big sets and held really well. Just that last twenty minutes and weight of possession was too much for us. We had to do so much defending and something had to give. In the end we gave away a couple of tries

“There have been quite a few injuries and disruptions but quite a few of these games rest on fine margins. Racing at home and the game last week both one point ball game so you get on the receiving end of some close ones and this time round we haven’t been and we’ve paid the ultimate price.”

Scarlets now head in to the festive derbies with Ospreys first up on Saturday 22ndDecember at the Liberty Stadium.

Pivac went on to say; “With the subbing in the second half there was an eye on the derbies. We’ve got three big games, Ospreys away and then Blues and Dragons at home.

“It has been a very disappointing European campaign. We had the highs of last season and we were trying to replicate that this season but we haven’t been able to do it. We now have to focus on the Guinness PRO14. There’s a lot of resolve in the group, we’ll take the positives out of the first half in particular and make sure that we work very hard on the Pro14.

“The derbies are obviously big part of our season now that we focus on the PRO14. We’ve got to accumulate enough points to be fighting at the end of the season.”

Scarlets return to Parc y Scarlets on Saturday 29thDecember to take on Cardiff Blues. Tickets are available now from tickets.scarlets.wales