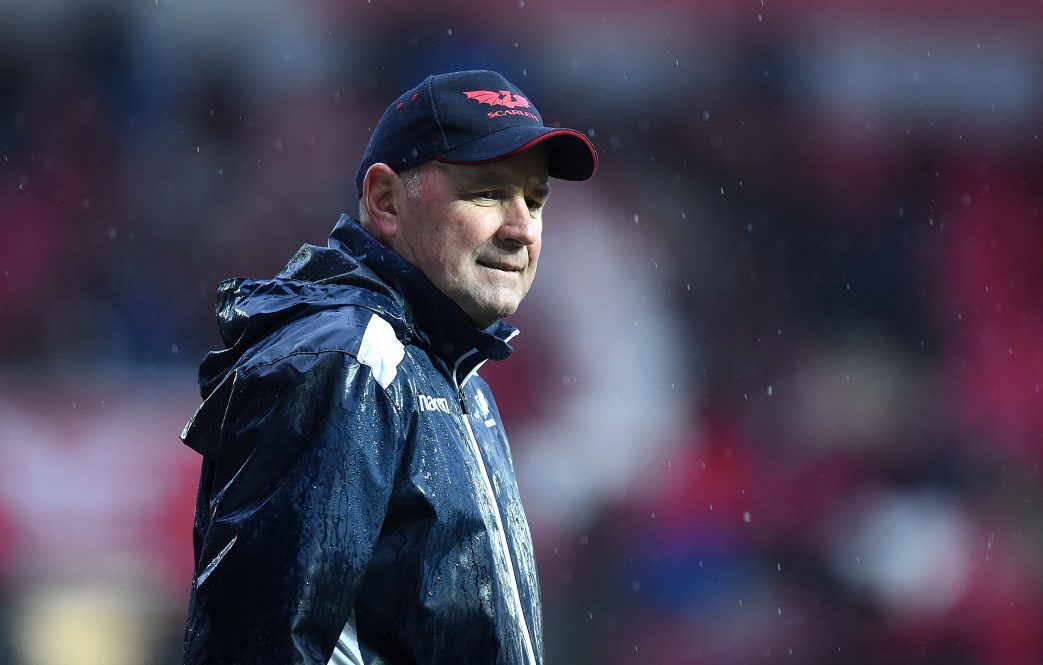 The Scarlets produced one of their best defensive displays of the season to hold out Munster for a vital 10-6 victory at Parc y Scarlets.

Here’s what Scarlets head coach Wayne Pivac had to say to the media after an intense encounter at Parc y Scarlets.

Wayne, what are your thoughts on a big win?

WP: “It was a battle through the forwards and we knew defence and discipline were going to win it. We got the defence right.

“The discipline let us down at times, but you couldn’t fault the defensive effort.

“In the first half we were on the wrong end of the possession and territory stats, but to a man we just kept coming off the line, working in pairs and repelling their strength, which was their carrying through the forwards.

“We got a bit more possession in the second half, scored first and then it was just an arm wrestle.

“It was great to see the defence hold out at the end to win us the game.”

It must be great to win in conditions that were probably more suited to Munster?

“We had seen this game internally as a grand final for us, with the internationals coming  back for the last four games. We wanted to go out in style with this group and that was a great way to go out. They worked very hard for each other. They were training in the sun all week, then we came into these conditions.

“But we prepared for them and the boys executed the second half pretty well.

How significant is the victory in terms of the Conference B table?

“We’re a couple of points ahead of where we thought we’d be.

“We’re very much in the race.

“If we play like that and with that commitment, we’ll be fine. We have the Blues away, which is a big game for us, and we also have Edinburgh, who are also fighting for a place in the top three.”

What was your view on Leigh Halfpenny’s performance?

“I thought he was great in the dry last week and great in the wet this time. He had a very, very good game. He could easily have been man of the match.

“He’s doing everything that we’ve asked of him.

“He’s gone out in dry conditions and played well and he’s done the same in wet conditions.

Was that Uzair Cassiem’s best performance in a Scarlets jersey?

WP: “He doesn’t like the conditions. He was saying afterwards. I said: ‘We’ll put a hose on the field every week and you can pick up man of the match”.

“It was a committed performance from him. Byron (Hayward) has been doing a bit of work with him in terms of the defensive side of his game. I thought he was a lot more physical and he got his technique and body position right.”

Were you disappointed with the line-out?

WP: “Yes. Ioan (Cunningham)  is onto that already and will address that ahead of the next game. It’s certainly an area we’ll be working on.”