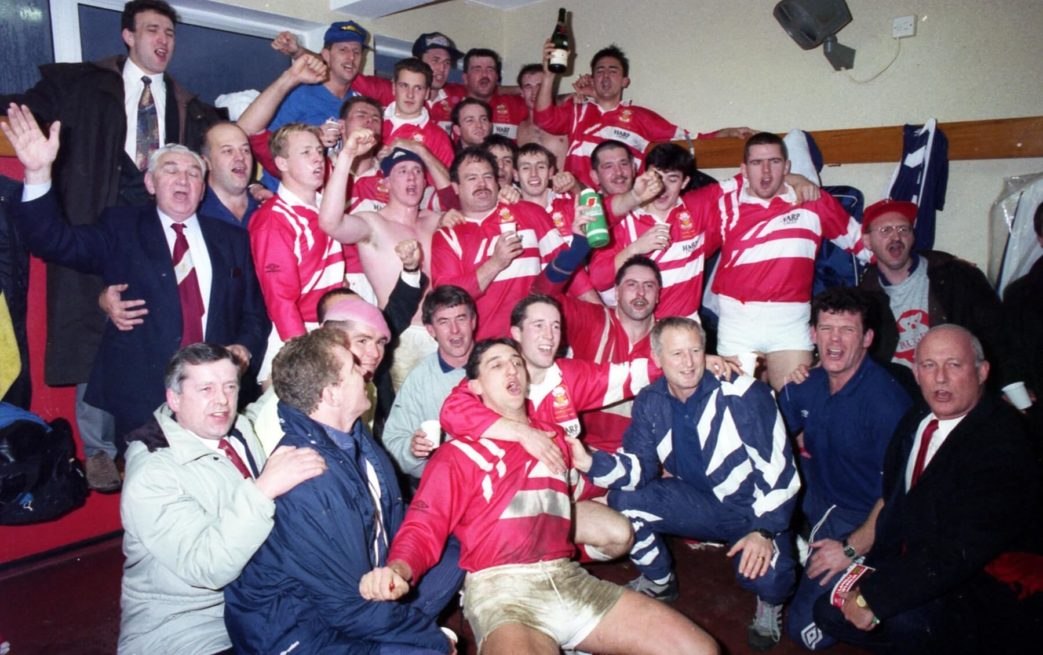 It’s November 14, 1992 and after the events of 20 years earlier, the local hostelries had made sure they were well stocked.

The world champion Wallabies, a team that had lifted the Webb Ellis Trophy at Twickenham a year earlier, were in town and the scent of history was in the air again.

Llanelli, after all, were a side at the peak of their powers, sweeping all before them domestically.

They boasted a gnarly, experienced front five, a dynamic and balanced back-row, a pair of astute half-backs and fleet-footed wizards out wide. They also had two razor-sharp rugby thinkers in Gareth Jenkins and Allan Lewis to guide them.

The men in gold, though, were a side that also shimmered with stardust – David Campese, Jason Little, Tim Horan, Michael Lynagh and skipper Nick Farr-Jones, global greats all of them, had helped steer Australia to World Cup glory on English soil. However, when the Wallabies rolled into town on that Saturday in Llanelli, Farr-Jones had since retired, Lynagh was sidelined with injury, Campese was absent, while Horan was forced into an unfamiliar role at 10. That said, this was no second string of tour ‘dirt-trackers’, this was a team loaded as strongly as possible with Australia well aware they were facing a side hunting a scalp.

“Gareth’s mantra was always to keep the ball alive, but while we were renowned for that style of play, that afternoon owed a lot to an ability to just guts it out,” recalled skipper Rupert Moon, who had taken over the captaincy from Phil Davies that season.

“Nothing compared to a touring game, a Saturday afternoon match against a formidable Australian team and it felt like the town was wedged into the ground that day.

“Just like the ’72 side, we had gone down to the Ash (Ashburnham Hotel) before the game; Grav was around, Benny as well and of course when you have someone like Gareth who had been part of ’72 himself, there was this tidal wave of emotion.

“Ieuan Evans tried to make sure that we didn’t get too carried away with the excitement, but you could sense there was something special in the air.

“It’s hard to explain, but it just felt as if we weren’t ever going to lose that match.”

Like ’72, the game was no free-scoring try fest. One mesmeric training ground move that sent Evans haring to the line and two wondrous drop-goals from the boot of fly-half Colin Stephens – the 10 who had been educated just a drop-kick away at Ysgol y Strade – was enough to secure a tense contest with the Town End scoreboard at the end reading Llanelli 13 Awstralia 9.

“For Colin’s first drop goal, that never looked like it was going over, but I think the whole of the Pwll End managed to get it over that crossbar,” added Moony.

As for the try, the chest-bump celebration has become almost as famous as the slick decoy move that delivered it.

“We’d practiced the move all week. We called it the ‘Ella’, because it was developed by (Aussie great) Mark Ella and the Ella brothers back in the 80s, and we used it against them, so that was something special too.

“I don’t think Ieuan will ever forgive me for ruining his career. For everything he has achieved in the game, Wales caps, the Lions, people always ask him about that celebration for the try.”

The final whistle prompted scenes reminiscent of that All Blacks triumph, fans pouring on the turf, the skipper being hoisted aloft.

“I was being hugged and held and patted by half of West Wales. I loved every single second,” said Moon.

“It is something you will never forget, up there with your first cap, playing for Wales at the Millennium Stadium.

“Afterwards, we went to the Stradey Park Hotel and a couple of local pubs, the Stradey Arms and Colliers, but I didn’t overdo it.

“I wanted to remember everything from that day.”