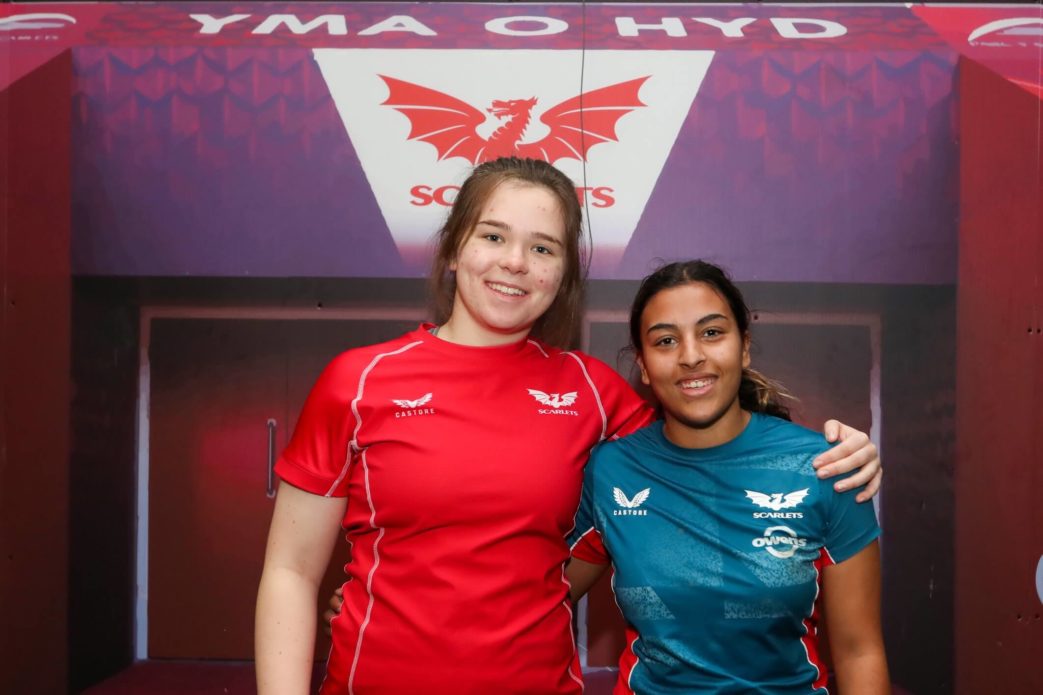 Scarlets Women’s U18s launch their regional campaign against the Ospreys on Sunday.

Having been given a bye for the opening round of the series in Cardiff last weekend, the squad are raring to go under head coach Daryl Morgan.

Co-captains are No. 8 Maisie Davies and scrum-half Isla Craig, who have both been named in the starting line-up for the clash, which because of the poor weather, will now be played at Ysgol Maes y Gwendraeth (11am kick-off). The Dragons v RGC match, which was also due to be played at Llandovery RFC, will be played at Ystrad Mynach.

“We are excited to get started. There is a great group of girls who have worked really hard,” said head coach Daryl Morgan.

“We have got a good split between girls who were with us last year and new faces and in fairness, it was a tough selection process to narrow down the squad to 32. The standard of talent within the region and coming out of the hubs is growing every year.”

Maisie Davies, from Llanelli, has also been playing for Llandovery College, while Isla Craig is a product of Whitland.

“Our two co-captains are fantastic players who lead by example and they also represent a broad section of the region we represent,” added Morgan.

“They are a number of players who will be looking to make their mark before the U18s squad is selected for the forthcoming Six Nations.”

Entry to the match is FREE.

Thanks to our team sponsors First Choice Utilities for their support this season.