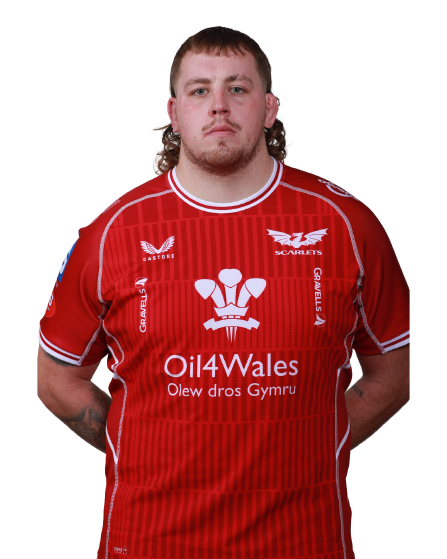 The tight-head joined the Scarlets in December 2022 from Saracens. Hailing from Prestatyn in North Wales, Wainwright came through the ranks at Rhyl RFC before playing for RGC 1404 in the Welsh Premiership where he earned a Wales U20s call-up. He was picked up by Saracens, making his Gallagher Premiership bow in 2019, and in the summer of 2022 received a call-up to Wales’ touring squad in South Africa, where he made his Test debut in the historic win over the Springboks in Bloemfontein. Wainwright added to his cap tally during the 2022 Autumn Nations Series.