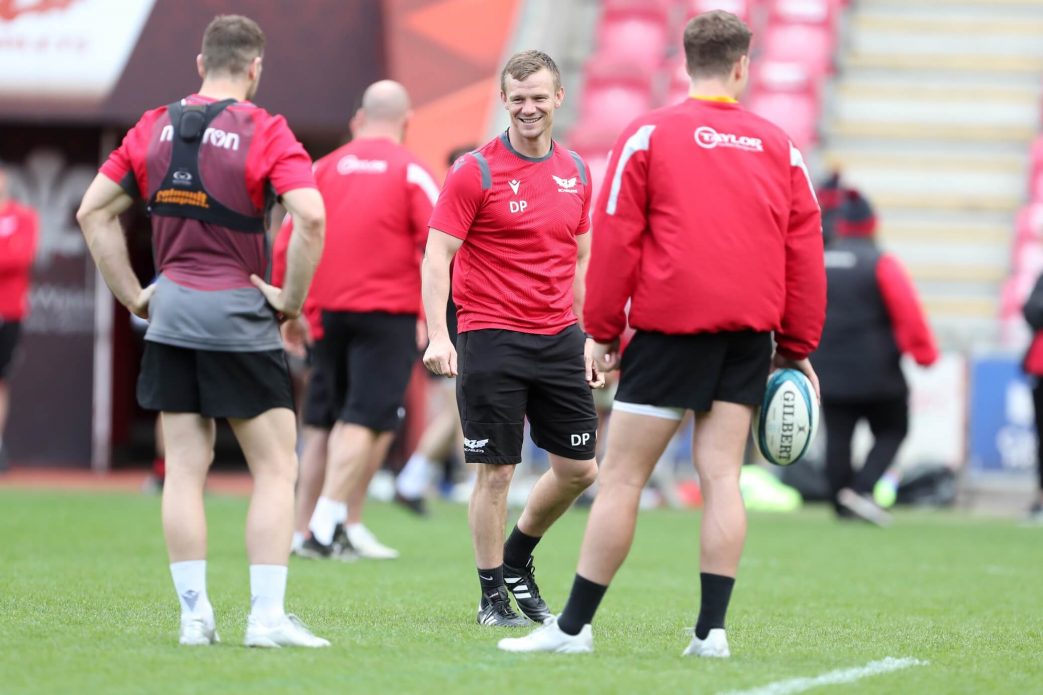 Dwayne Peel spoke to the media ahead of Saturday’s return fixture against the Dragons at Rodney Parade. Here’s what he had to say . . .

Dwayne, what’s the latest on your injury situation?

DP: “Wyn Jones has had an operation, he has had a bit of a clearout on his knee after the Cardiff game. It is not a long-term injury, but he has had a procedure and is back in with us and on the road to recovery. Sam Costelow, Blade Thomson and Joe Roberts are on their graded return to play protocols after taking knocks to the head last weekend. Johnny McNicholl is unlikely to play for us again this season, he is set to be out for a couple of months. Sam Lousi and Ryan Elias are ok for this week, we will make a call on Liam Williams after today, he has been in training this week.

What are your reflections on the loss to the Dragons last weekend?

DP: “Firstly, I thought the Dragons came with a game-plan to disrupt us and I think they did that. They took their opportunities when they presented themselves. It was a physical contest, the battle up front was a big one, we probably didn’t control the ball as well as I would have liked early in the game. When we did have opportunities and when we did have a sustained period of possession I thought we moved the ball quite well. At 27-21 I felt we got on top of the game, but a few errors from us cost us. It was a good game, a physical one and we didn’t expect anything less. The boys are obviously disappointed to lose a game at home, not just against Dragons, anyone, we’ve lost too many at home this year.”

Are you looking forward to having another crack this weekend?

DP: “We have done this back to back twice in a row now, it is good value for adding emotion to the game. Rodney Parade is a tough place to go, but we are looking forward to it. There is a lot we can work on and we have trained hard this week. I am excited for the group that they get an opportunity again. Like I said last week, historically, results between the two sides have been close and I expect it to be the same again.”

How do you feel you are placed in terms of getting into the top eight?
DP: “Obviously losing last week was a bit of a blow, it certainly has made things harder for us. We’re obviously looking at the Welsh Shield as well, we want to be the top Welsh team, and by doing that it gives us potentially a crack at the play-offs. We can’t afford a slip up in either of those challenges really. It’s big; good pressure on the game and pressure on us as a group, which is what we want, we want to be under pressure going into games.”