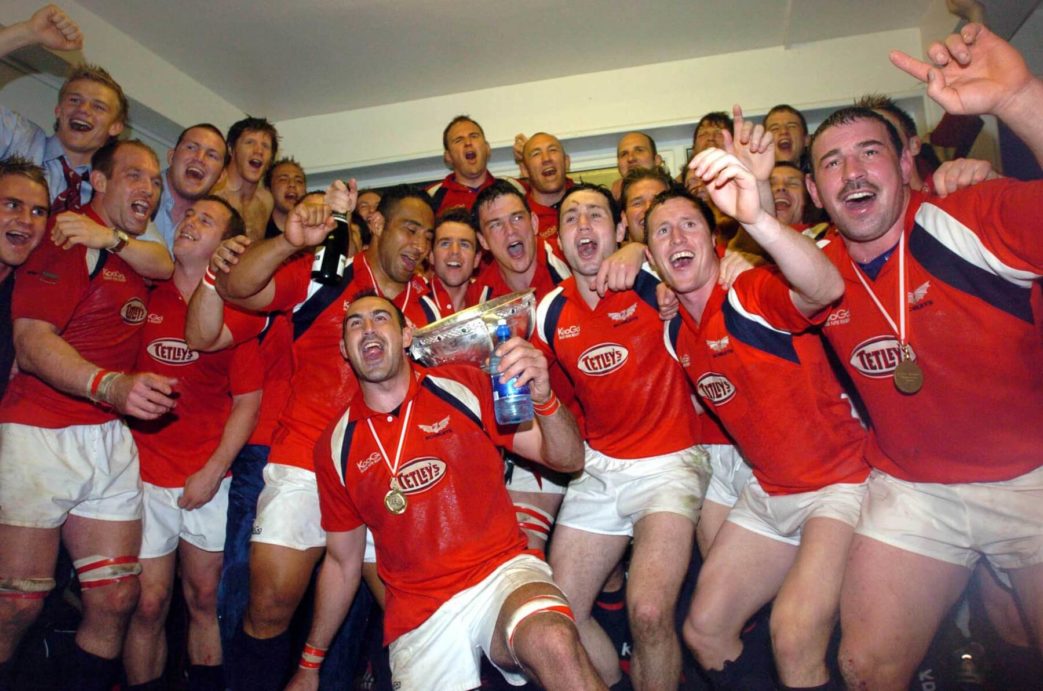 The Scarlets are commemorating 150 years of our proud history this season and as part of the celebrations we are looking back at some of the most memorable matches and occasions.
With Ulster visiting Parc y Scarlets on Saturday we rewind to May 14, 2004, when the men from West Wales saw off the Irish province to win the Celtic League for the first time.

All roads led to Stradey Park as the 2003-04 Celtic League season came to a crescendo with the clash of the top two sides in the season finale in Llanelli.

After 21 rounds of intense action, it all came down to this – a winner-takes-all battle for the crown. Could a Welsh side lift the silverware for the first time?

Llanelli, coached by Gareth Jenkins and skippered centre Leigh Davies, had been impressive all year, hitting the ground running with a 35-11 win over Newport-Gwent Dragons in round one.

Along the way there were wins over Munster at Thomond, a New Year’s victory over the Neath-Swansea Ospreys as well as a thumping 51-20 triumph over Leinster at Stradey.

The famous old ground was packed to the rafters for the Friday night showdown, which was also to be a fond farewell to star fly-half Stephen Jones, who was joining French giants Montferrand.

The West Wales favourite duly delivered, contributing 18 points in a superb individual display. He also carved out the match-winning try for centre Matthew Watkins which sent Stradey into delirium.

A tense first half saw the sides tied 9-9 at the break – three penalties from Jones and three from the boot of Irish international David Humphreys – but a Jones penalty and that Watkins score on 50 minutes pushed the home side into a lead they never looked like relinquishing.

Jones was given a standing ovation as he left the field two minutes from time and although Ulster replacement Neil McMillan crashed over in the closing stages, the Stradey party was already in full swing.