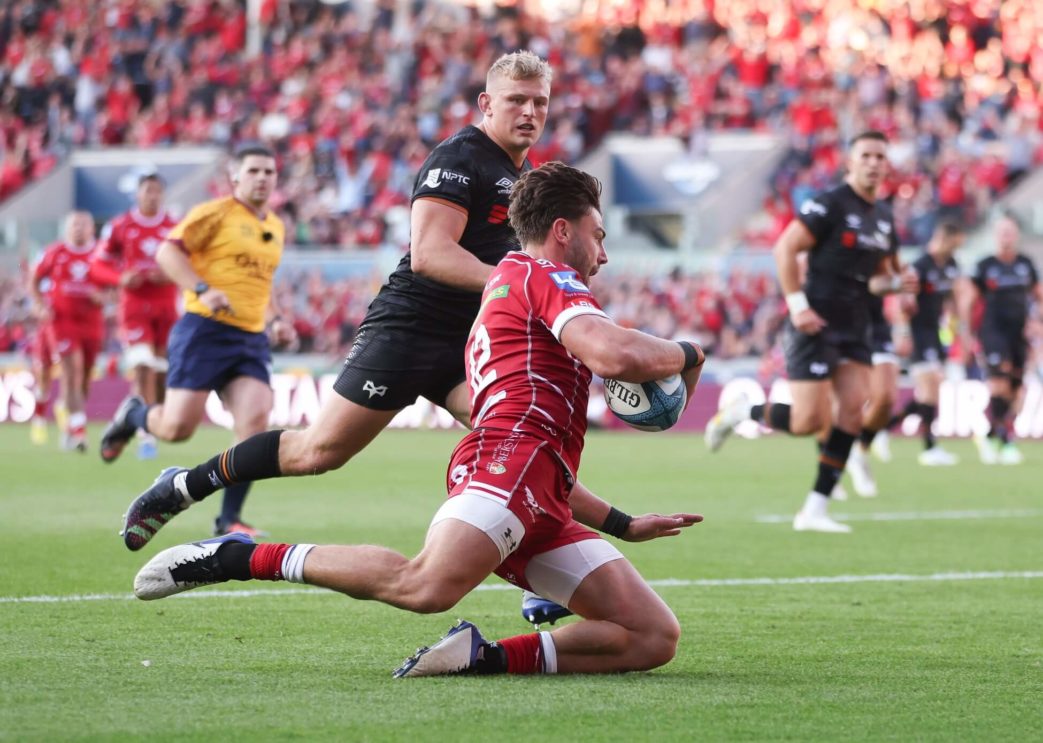 Johnny, how good is it to be back?

JW: “It was really good to be out there again at Parc y Scarlets in front of a home crowd. Having gone to South Africa and not picked up a game, the last time I played was against the Stormers in the last game of the season. Obviously, we were frustrated with the draw (against Ospreys), it was a bit of a weird one, but rugby’s back.”

How do you reflect on the summer with Wales?

JW: “It is a tough one. It is amazing to be picked and a privilege to go on tour but at the end of the day you want to play and want to play for Wales. It was frustrating but I just have to take my opportunity with both hands when I do get that shot.”

Do you feel you Scarlets have the talent to be challenging in the knockout stages this season?
JW: “100%. When we were in the huddle before the Ospreys game I was looking at the players there and was massively confident. We have strength in depth, that is the X-factor of the squad and some star-studded players as well, it is a privilege to be on the field with them. I felt we underperformed last season, missing out on Champions Cup rugby and we want to right that wrong. We want to be in the URC play-offs and be competing in the knockout stages of the Challenge Cup.”

What about the threat of Ulster this weekend?

JW: “They have good players around  the park and a really good midfield –  Burns and McCluskey are big players for them. We are aware of their threats, we know what’s coming. We need to neutralise their momentum and show how we can attack the Scarlets way. Hopefully, we can get back to winning ways. There’s no beating around the fact that the start of the season is really important, we have to take advantage of the home fixtures we have early in the season.”

How much do you enjoy playing outside of Sam Costelow, who had a great start to the season last weekend?

JW: “With Costy, he is not just a  brilliant player, but a brilliant guy. I get on with him really well and the boys do and that transfers onto the pitch. I love playing outside of him, he has so much talent, he is fast, attacks the line, has a good kicking and passing game and bosses the game for someone so young. He has so much talent, it’s great to see him playing so well from the off. He is going to be class.”

What are your own personal targets this season?

JW: “Obviously, the carrot for everyone is the World Cup, but first and foremost you have to be playing well for the Scarlets and it is all about helping the side get the Ws.”