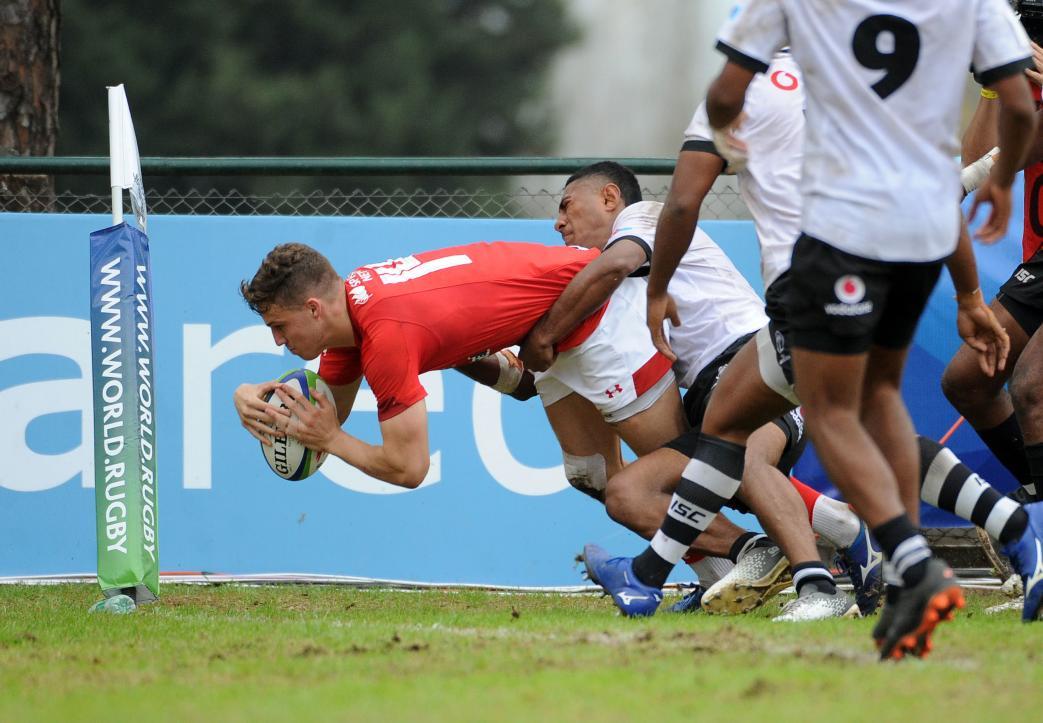 Scarlets wing Tomi Lewis touched down for his third try in two games as Wales Under-20s saw off the challenge of a dangerous Fijian side, 44-28, in Santa Fe.

Lewis followed up his double against France with a strong finish before half-time, one of six tries scored by Gareth Williams’s side.

The win wasn’t enough to see Wales progress to the semi-finals, with Argentina’s stunning victory over defending champions France pushing Wales down to third in the pool.

But it means the side can look forward with confidence to next week’s fifth-to-eighth place shootout.

“It was a good game, Fiji brought an off-loading game that we weren’t used to, but I thought the boys adapted well and it was a good win,” said Lewis, who scored on his Scarlets senior debut against the Dragons last season.

Lewis, of course, is no stranger to the free-running, expansive style of the islanders from his time on the sevens circuit.

The 20-year-old added: “I came off at half-time and told Ryan (Conbeer) ’it is just like sevens, you have got to wrap round them and stop them getting that off-load away’. That is their game, they are so dangerous.

“The words at half-time were not to play them at their own game and the boys pulled through in the second half. It was a good win.”