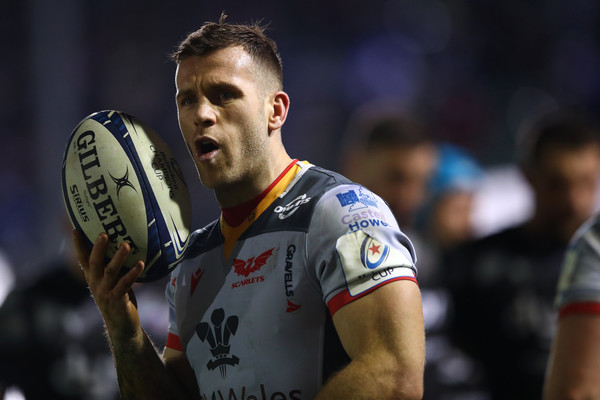 Gareth Davies believes the defiant ‘last stand’ at The Rec on Saturday epitomised the character and closeness of the current Scarlets squad.

It took a monumental effort to deny Bath a last-gasp victory in a dramatic Champions Cup contest that was won 23-19 by the West Walians.

The Scarlets will now look to maintain their European challenge when they take on familiar foes Toulon in Llanelli on Friday evening (17:30 BT Sport).

“It was a special day and a special victory,” said the scrum-half, who crossed for a try on his 200th Scarlets appearance.

“The effort the boys put in during those final five minutes or so to keep Bath away from the line was outstanding and shows how close we are as a group. It was a great win for us and really sets us up for Toulon on Friday night.

“We spoke before the game about taking our chances; we know Bath are a quality outfit who are well-organised defensively so we knew we wouldn’t get many opportunities and we had to take them when they did come. Steff did some outstanding work to put me in for that try early on and we came away with another important try in the second half.

“We showed how much character we have as a group, which is great to see. It had been a difficult week with Covid, it wasn’t the best of preparations so we are more than happy with the result.”

Davies added: “We came away with a good win in Bath two years ago, one of my favourite memories in a Scarlets shirt and coming back, deep down I was hoping for a repeat. It wasn’t quite as pretty, but we will take the win and can look forward to a massive game against Toulon.

“It is also great to get the rag doll back in our hands and with a Scarlets jersey on!”