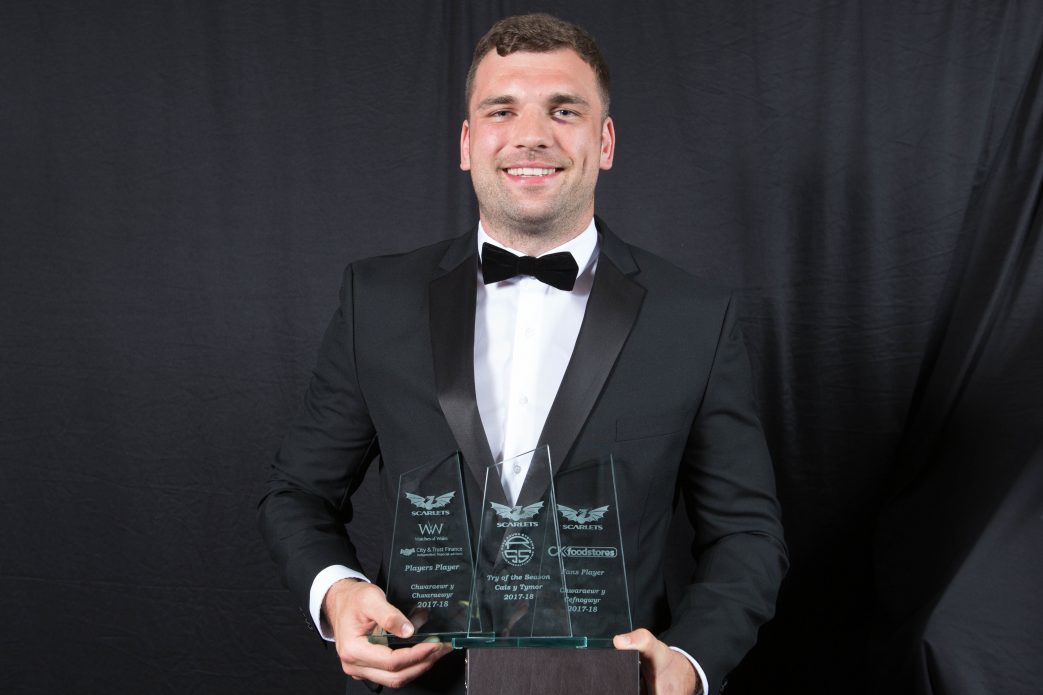 Parc y Scarlets hosted the region’s End of Season Awards ceremony on Saturday 19th May, after securing their place in the Guinness PRO14 final at Glasgow’s Scotstoun Stadium on Friday evening.

The evening was an opportunity for players, coaches, staff, sponsors and partners alike to celebrate what has been a successful season for the region, with the Guinness Pro14 final still to come on Saturday evening.

The evening’s compare Rhys ap William welcomed everyone to the Parc for a glitzy awards ceremony.

Ahead of the awards ceremony captain Ken Owens gave an emotional send-off to the individuals leaving at the region.

Try of the Season sponsored by Rees Sound

Players Player sponsored by City & Trust and Watches of Wales